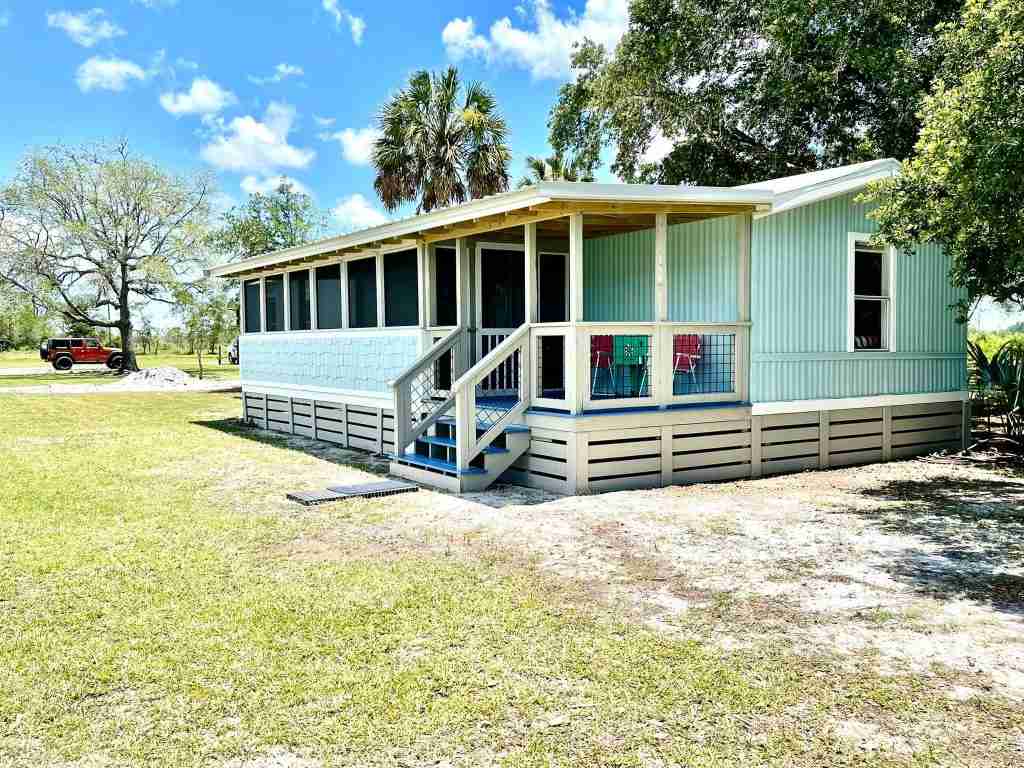 Over the Summer one of the members of our Mobile Home Living group shared their 1992 single wide restoration. So, of course, we saved it so that we could share it with our readers! You won’t believe the end result.

Related: If you are looking for more beachy ideas check out our Coastal Decor section.

From the looks of this 1992 single wide before the remodeling began, looks like the majority of the home ended up being gutted in order to get the beachy retreat look they were going for.

Once 1992 single wide was gutted the real fun began. For the walls, the owners used very thin Luan plywood (because it is cheap and lightweight) and cut it into 8” wide strips, and then attached it to the existing interior walls. Light-colored flooring was installed throughout the home as well as new lighting.

The kitchen also received a major update with new cabinets, and stainless steel appliances, along with a cute breakfast bar area to separate the living area and kitchen.

The light color palette does a great job of making the entire space look larger and gives it a crisp and clean look. Long gone is the big bulky tub in the bath and in its place is a large shower and vanity.

Fresh paint in a nice cool color was the first upgrade to the outside of the home. The small addition was converted into a screened-in porch with a small setting area on the corner. Also, to keep the underbelly of the single wide safe, while still allowing airflow, breathable wooden underpinning was installed around the home.

We also wanted to mention that this gorgeous 1992 single wide beach cottage is also listed on Airbnb and has a listing on ivactiononline.com. Be sure to check it out if you are thinking of traveling to that area of Florida.

As always, thanks for reading Mobile Home Living®.