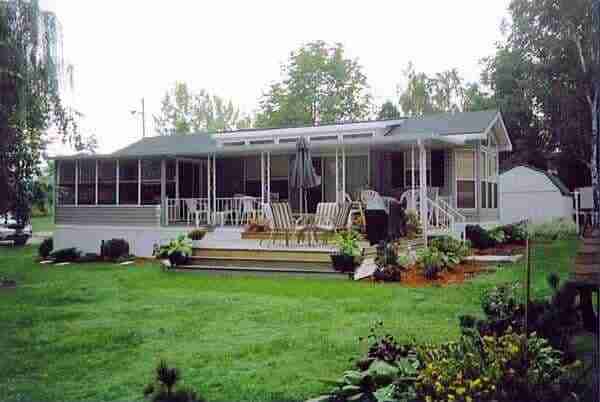 Please welcome our guest Jay from a new website about mobile and manufactured homes, called Trailertrove.com. His interest in mobile home data and history inspired him to want to start the new site and we always need more mobile home resources, so please support him!

Much is made- and rightfully so- about the biased and often times downright mean-spirited approach by the media when it comes to covering mobile homes and mobile home residents. Between the tornado and crime coverage, one would think mobile homes serve but two purposes: one, to provide fodder for 100+ MPH winds; two, to provide a backdrop for a local news “interview” of a shirtless guy with a penchant for double-negatives about whatever the “TROUBLE IN THE TRAILER PARK!” caption on the bottom of the screen is referring to. The negative reportage is unquestionably unfair. But perhaps even worse than that, it’s unprofessional. By focusing solely on such stories, the media has been derelict in providing pertinent information about what constitutes a major segment of American society- to the point where few realize just how large a part of America the mobile home community is.

Related: Who Are You Calling Trailer Trash?

Recent estimates by the U.S. Census say there are currently about 20 million people living in about 8.5 million mobile homes in the U.S. With the current U.S. population estimated at about 317 million, that means 1 out of 16 people, a little over 6%, of Americans are mobile home residents. These mobile home statistics, while interesting, lack context and thus fail to provide a suitable picture. To put them into better perspective:

*If all the people that live in a mobile home lived in one state, it’d be the third most populous behind only California and Texas.

*Using statistics derived from Pew Forum’s U.S. Religious Landscape Survey, the percentage of Americans that live in mobile homes is more than those who identify themselves as Mormon, Jewish, Buddhist, Muslim, and Hindu- combined.

*A Vegetarian Times study found that roughly 7.3 million Americans are vegetarian- less than half the number of mobile home residents.

All of this brings about the question: How, in a capitalist democratic society such as the United States, can such a large block of potential voters and consumers be so consistently disrespected and disregarded by the media? Obviously, the answer is that it shouldn’t. Not just because it’s in poor taste. Perhaps more importantly, it’s bad business.

Be sure to check out Trailertrove when you can.  Jay has done a wonderful job with the site so far and it’s always great to meet people that are interested in mobile homes. As always, thank you for reading Mobile and Manufactured Home Living!