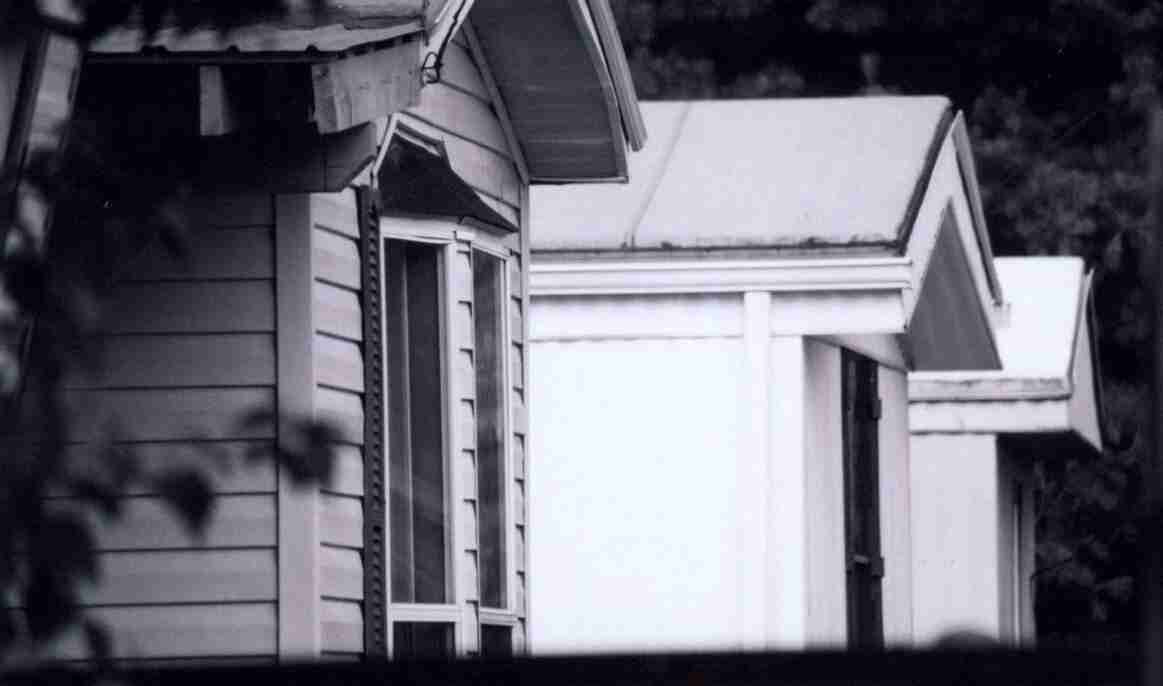 Esther Sullivan, the author of Manufactured Insecurity, calls tenants of mobile home parks ‘halfway homeowners’ and unfortunately she’s not wrong. Mobile homeowners living in their own home but renting the land under it are the least protected housing group in America. They can be precariously close to losing their homes, even with it being paid off, at any time.

We need to change that. We need to do something about these mobile home park injustices.

Parks can be a great place to live but park owners can also increase rent on you without much notice and even close with little notice, forcing you to have to move your home in just a few days.

The state of Louisiana only requires park owners to give tenants on a month-to-month lease a 10-day notice of park closure. Can you come up with $10,000 and a place to put your home in 10 days? Most can’t which means they either sell their home at a loss or they legally abandon it, giving the home to the park to sell at a profit.

Park closures are even more of a fiasco if your mobile home is older. For example, let’s say your mobile home has been in the same park for 30 years. You receive a letter from the park that they will close in 60 days (the average time frame most states give park owners).

You start calling around and find another park that will take your home half an hour away. If you max out all your credit cards and get a small personal loan from your bank you may have just enough to get your home transported and set up in the new park. You start calling movers and one finally comes out to inspect the home but they tell you the home is too old and non-transportable. The 30-year-old mobile home could lose structural integrity or worse, collapse if you try to move it. You call another mover and hear the exact same thing.

What do you do next?

At this point, since you can’t move your home of 30 years you can’t sell it to anyone. That means your only choice is to abandon the home to the park and hope the little money you have saved and whatever the park may offer for relocation will be enough to find another home somewhere.

One park in Florida….

A Florida mobile home park proves just how low park owners are willing to go to make a dollar during park closures. The manager knew long before the elderly tenants that the park was closing and secretly paid off the movers and transporters in the area to tell the tenants that their homes were too old to move. With no other options, several tenants surrendered their homes to the park. Of course, the manager acted like it was a huge inconvenience and was going to be expensive to demolish the homes and haul them away.

But there was no demolition. The manager sold the vintage mobile homes for a couple thousand each to a used mobile home dealer. The dealer placed the homes in a park an hour away and sold them on a rent-to-own contract to families desperate for housing and willing to pay extremely high interest for a chance to be halfway homeowners themselves. One of the guys that surrendered his home to the park has been homeless and sleeping on the streets.

Mobile Homes provide the largest source of unsubsidized affordable housing in the United States (CFED 2016). The ubiquity of the mobile home park in American landscape and the insecurity of life for residents living there begs a fundamental questions: How have we allowed one of the country’s largest sources for affordable housing to also be one of the most risky? – Esther Sullivan, Manufactured Insecurity

Our article about lot rents across America (read the comments below the article too) taught us that our readers are experiencing substantial lot rent increases year after year while losing amenities.

In the last 3 months alone two of our readers have been forced out of their parks. One because the rent increased 40% as soon as new owners bought it and the other because the park was sold for redevelopment.

Rumors that the park owners were selling the park started months beforehand.

Steven moved his 1993 model single wide into a large park in the heart of a bustling North Carolina town over 22 years ago. This park has at least 150-foot lots and neatly-kept homes that all face the road. Rent had raised a bit every few years and by January 2018 he was paying $370 a month, a high rate for the area since there were no playgrounds or pools or clubhouses. He kept looking at the bright side: it was a quiet park in a great location.

A few weeks after the rumors first started the current park owners sent out letters. Dated March 4, the letter promised that no rents would be raised until January 1, 2020, and went on to promise that when the rent did increase in January it would just be a few dollars.

54 days later, Steven received another notice from the new park owners. In 30 days, lot rent would be raised to $570 per month. That’s a $200 a month increase in less than 3 months.

Fortunately, Steven has bought another pre-owned single wide and moved it to a new park and will be selling the home in the old park.

There had been no offer for the tenants to pull together and buy the park as many believe should happen before any mobile home park is sold. Only 19 states have laws that incentivize park owners to offer the residents first dibs on parks.

We have a reader in her ’80s that has seen her lot rents go from $450 a month to over $1100 in 7 short years. The park’s pool was closed two summers ago. No new amenities have been added and the park has gotten run down by poor management.

I could go on and on about families that have been victimized by parks. It’s time to stop these stories. We have to do something about these mobile home park injustices.

Most of us live in mobile homes because we are priced out of the stick-built home market. We could afford a mobile home but not land and I suppose that does make us halfway homeowners.

How did we allow parks to have so little oversight and regulations? How did we let others have so much power over our homes?

We’ve let the most affordable and attainable housing options in the country become an unstable wreck for working families and we need to fix it.

Private equity firms are buying up parks at a rate never seen before and there’s a reason for this: poverty is big business and mobile home parks are big profit.

Mobile home parks are profitable because there are so many families struggling while income inequality and debt ratios are at their highest in history. There will always be a waiting list for tenants in a park because buying a used mobile home is far easier than buying a site-built home.

Families that have owned their parks for decades are retiring and selling. Private equity firms are buying them up and almost instantly increasing rent, some even double the rent and there isn’t a lot the tenants can do.

More than 20% of Americans make less than $20,000 a year which means 20% of Americans do not have significant savings if any at all. Esther Sullivan says it best, “In times of heightened income equality and shrinking social supports, poverty is touted as an ever-growing asset class and entire industries have arisen to capitalize on a growing population of low-income residents.”

So what can a tenant do when a new park owner suddenly doubles the rent? Nothing. Their choices are either to pay the rent or move out and most don’t have the money or the means to do that.

In times of heightened income equality and shrinking social supports, poverty is touted as an ever-growing asset class and entire industries have arisen to capitalize on a growing population of low-income residents.”

We Must Rise Together

Even with 17 million people living in mobile and manufactured homes in the US, we aren’t organized enough to protect ourselves. We need to change that.

Unfortunately, mobile homeowners are a fringe group and we haven’t effectively organized on a national level. If we can do that, we may be able to salvage what’s left of our parks.

To stop these unfair park practices we need to do three things: change ourselves, get out lawmakers on our side, and get the industry to realize there is a problem and actually help us for a change.

First, we need to change ourselves. We are so used to being treated like trash and second-class citizens that we rarely blink an eye when we hear about these unfair park practices.

There are many state associations for mobile homeowners and even a couple of national associations but perhaps we need to look into organizing on a more national level. We need to stop sitting down. We must stand up and be heard and the only way to do that is to pull together.

Get Lawmakers on Our Side

It’s apparent that our local politicians are failing us and they have been for decades but if we can start rallying together to get our lawmakers to protect us we have a chance to change things.

Mobile homeowners are known for not paying their ‘fair share’ of property taxes which means our lawmakers aren’t paying attention to us. If we pull together and use collected funds to hire lobbyists like the park owners do maybe we can even the playing field a bit.

Get the Industry to Help Us

The manufactured housing industry has failed us most of all. MHI is a large lobbying group that represents builders and dealers across the nation. They are supposed to be advocates of everything encompassing manufactured housing and have an annual budget of millions of dollars and direct connections with HUD and other housing agencies. Yet, you’ll rarely hear about them doing anything to help the people that buy their products.

Their current focus is on Dodd-Frank financing restrictions on manufactured homes. Honestly, I’m not knowledgeable enough to have an opinion on that but I think if MHI (or just the builders and dealers) would turn a bit of their attention to the injustices that are happening in the parks they could redeem their poor reputations and that could be a big win for them and us. Let’s be honest, the industry isn’t known to support the people that buy their product.

Whatever It Takes, We Need to Stop These Mobile Home Park Injustices

These mobile home park injustices have to stop and the only way we can do it is by rising up as one and demanding better protections from our lawmakers and get help from the industry.

I don’t have answers to any of this. Heck, I just found out there was a national mobile homeowners association (but perhaps that says more about them than it does me since I’ve been blogging about mobile homes for over 8 years).

Don’t get me wrong, I believe all businesses should be free to make a profit but I also understand that affordable housing is disappearing in this nation and something needs to be done. There has to be a happy medium.

Do you know of a good mobile home association or have an idea to help us? I’d love to hear from you! 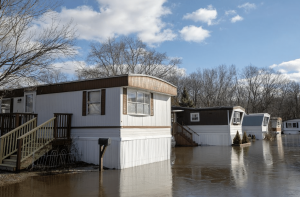 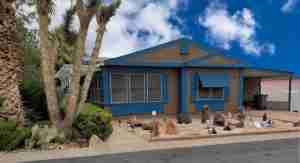 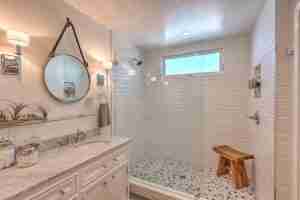 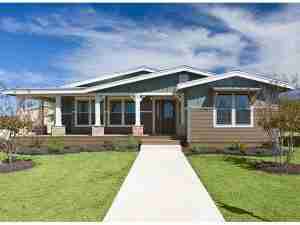 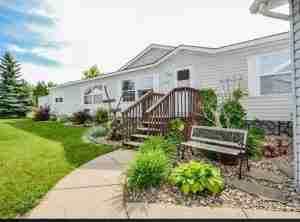 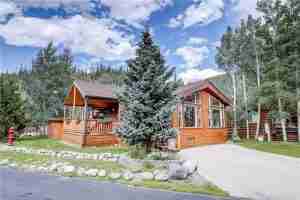