The owners gave their home a whole new look by opening up a 1978 double wide kitchen. This is a great example of how a single wall modification can completely change the look of your space.

There was a time when kitchens were small and separated from the living room. Long before the open-concept floor plan became all the rage in both site-built homes and manufactured homes. 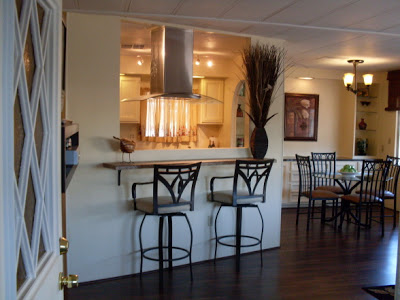 Knocking Out the Wall

Now, the trend is to have one big room that houses the kitchen, dining, and living room. We want to watch the chef and be able to interact with them while they cook.

Many older mobile homes need a little help opening up. In this article, we show you how one homeowner kn ocked out part of a kitchen wall to give the kitchen more light and breathing room.

Knocking out a wall sounds a bit easier than it really is. You can’t just take a sledgehammer to a wall you no longer want.

There are some safety precautions, of course, and some serious issues you need to consider before pulling out the sledgehammer.

Have More Questions About Removing Walls in a Mobile Home?

The owner of this 1978 double wide didn’t want to remove an entire wall, just a small section.

They wanted to give their 1978 double wide a new look. At first, they simply painted the wall that separated the kitchen and living room but they didn’t like it. They could just try to paint the wall a different color but the more they thought about it the more they realized the kitchen needed more natural light and elbow room. 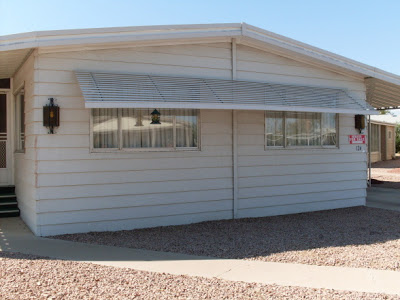 Below you can see the original painted wall along with the original built-ins in the dining room. Since the brown didn’t work the owner painted the wall back to the original white and began thinking up a way to get the look and style they wanted. 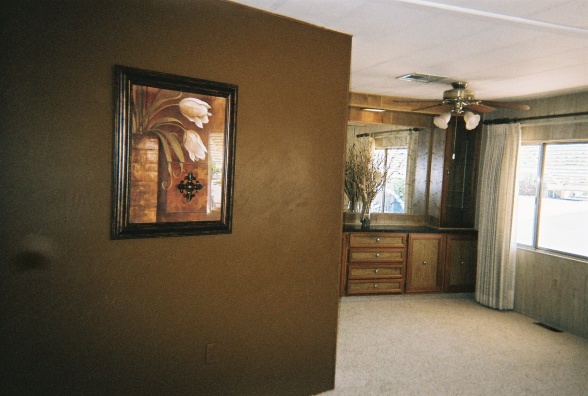 You can see the layout of the kitchen below. The dining room is to the right of the arch door. The living room is in front of the wall. 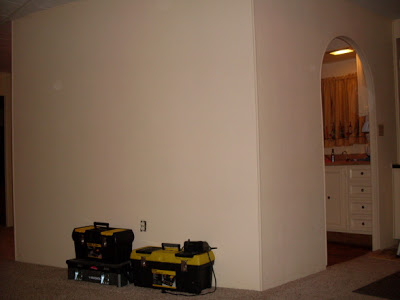 Opening Up a 1978 Double Wide Kitchen

Finally, they decided to cut a small window out of the wall. This would let sunlight into the kitchen, give the home an eat-in breakfast bar, and let their fancy new hood become a feature. 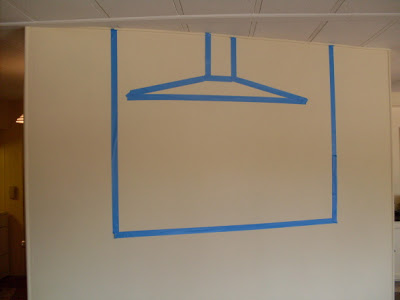 Problem was, there was a whole bunch of stuff on the other side of the wall. The range top and cabinetry were all in the way and had to be removed first. All the work was worth it though! 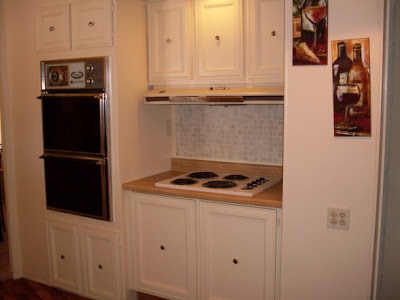 Once the plan was made and the cabinets, stove, and range were removed, they began opening up the 1978 double wide kitchen.

There was wiring because of the stove and oven so they had to work in layers. First, they removed one side of the sheetrock and then the other very carefully.

Once they see better they had the wiring rerouted by a licensed electrician. 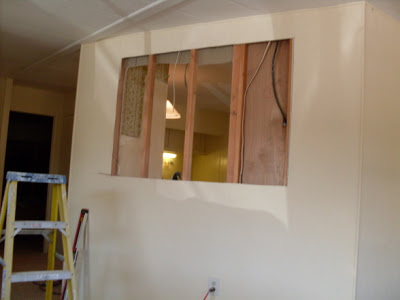 Once the window wiring was rerouted, they removed the studs (due diligence is required anytime you modify a home). This was not a load-bearing wall so they could remove it easily. 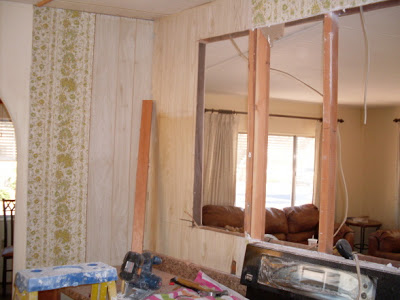 They also installed new cabinets, counter, stove, stainless steel hood, and added a bar to the living room side of the wall. New flooring was installed in all the rooms, too. 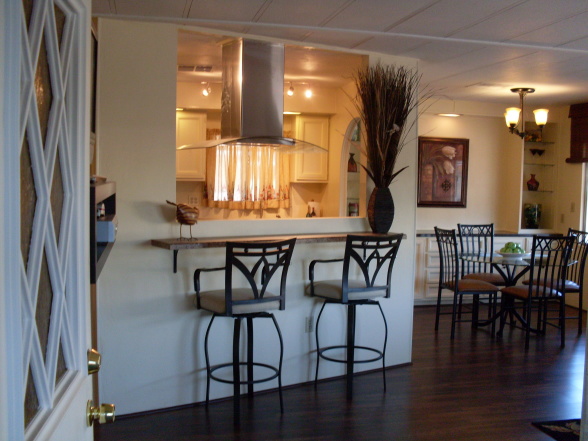 The kitchen side of the wall was completed remodeled.

Opening up a 1978 double wide kitchen brightened the kitchen and the stainless steel hood provides a modern look to the whole home. 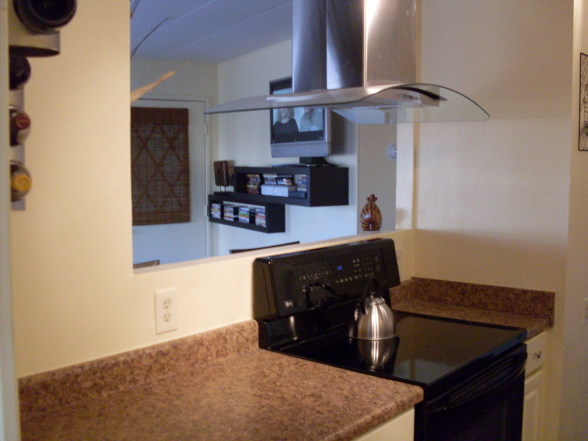 This remodel also included updating the dining room built-ins. The upper mirror and doors were removed and the rest of the hutch was painted the same color as the walls to help make the built-ins blend in better.

The black counter adds a great touch as does the new chandelier. Here’s the photo of the original and the new so you can compare: 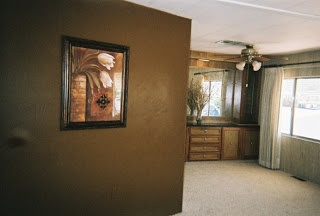 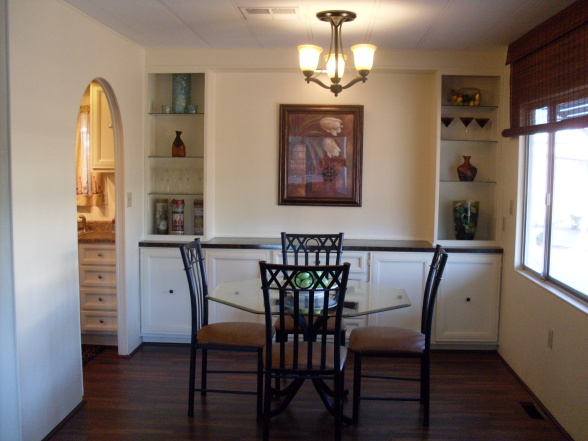 Here are some more photos of the completed remodel: 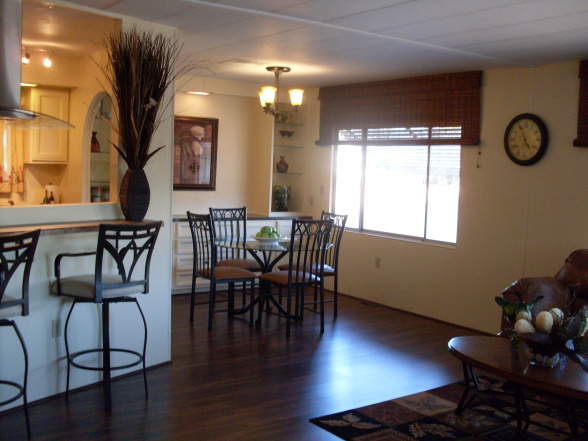 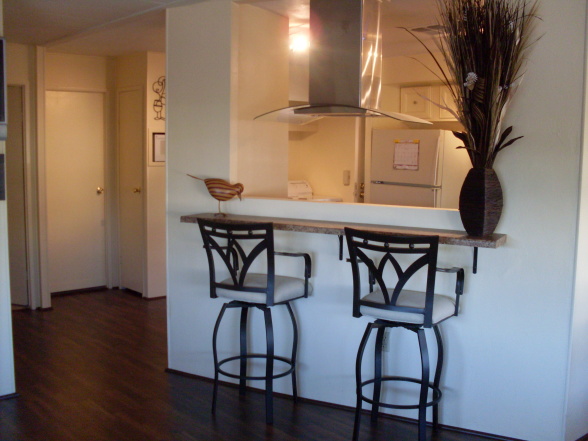 No one in the kitchen could enjoy any of the light from the many windows in the living room before the wall was opened up. 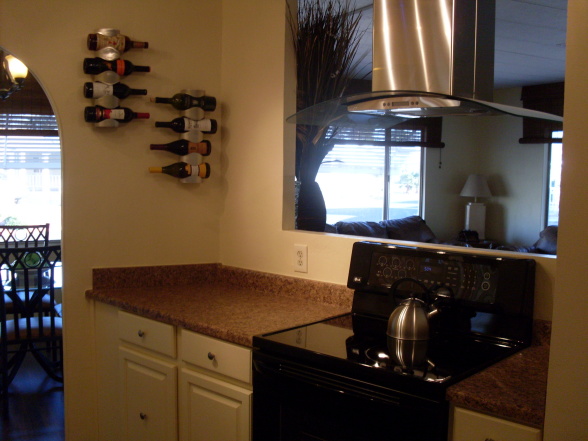 Lots of light is pouring into the kitchen from every direction. 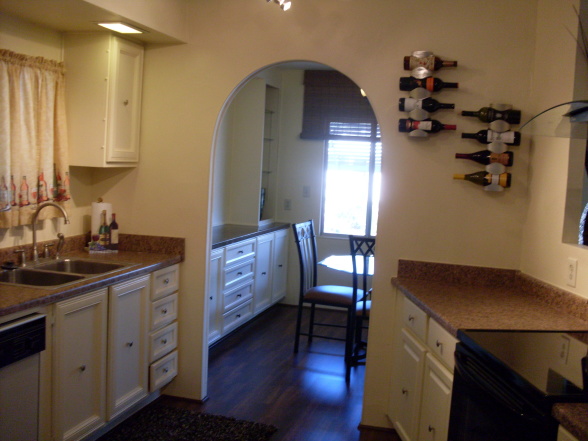 This is a great remodel that I found on HGTV Rate My Space. 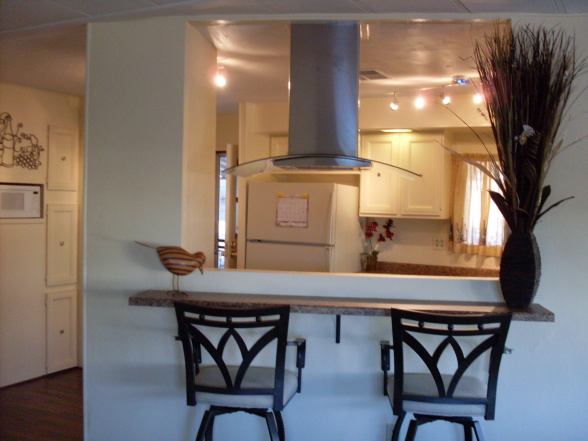 It’s amazing what opening up a 1978 double wide kitchen can do for the entire home.

As always, thank you for reading Mobile Home Living®! 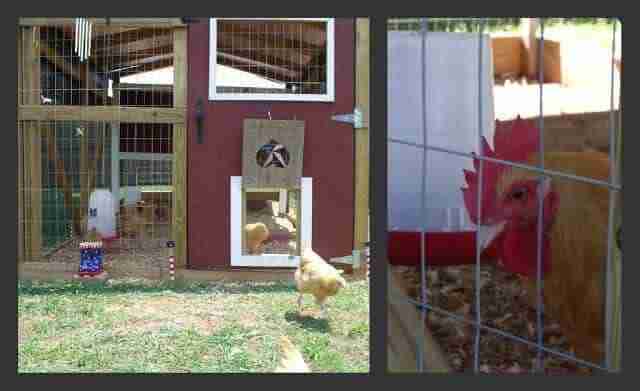 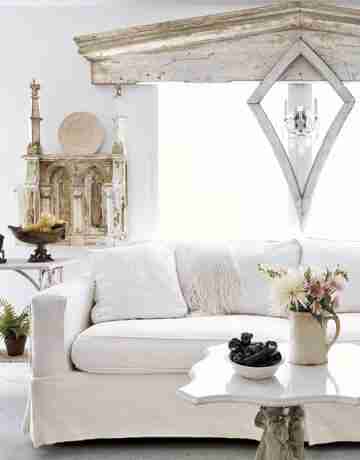 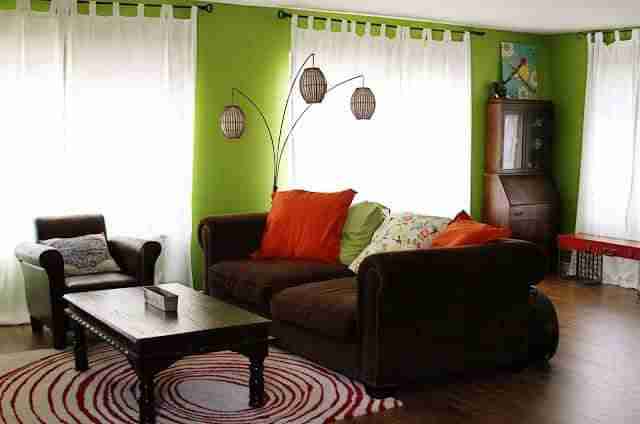 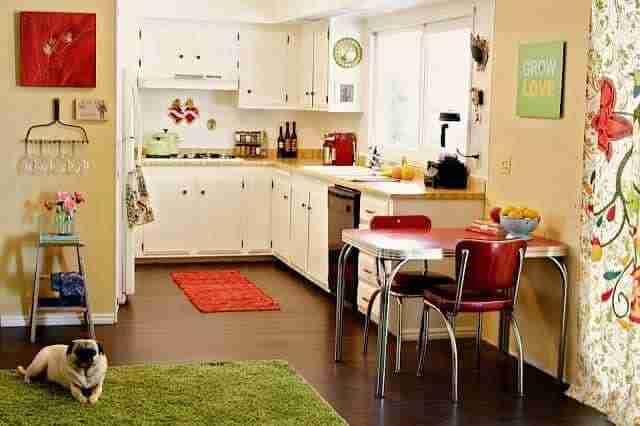