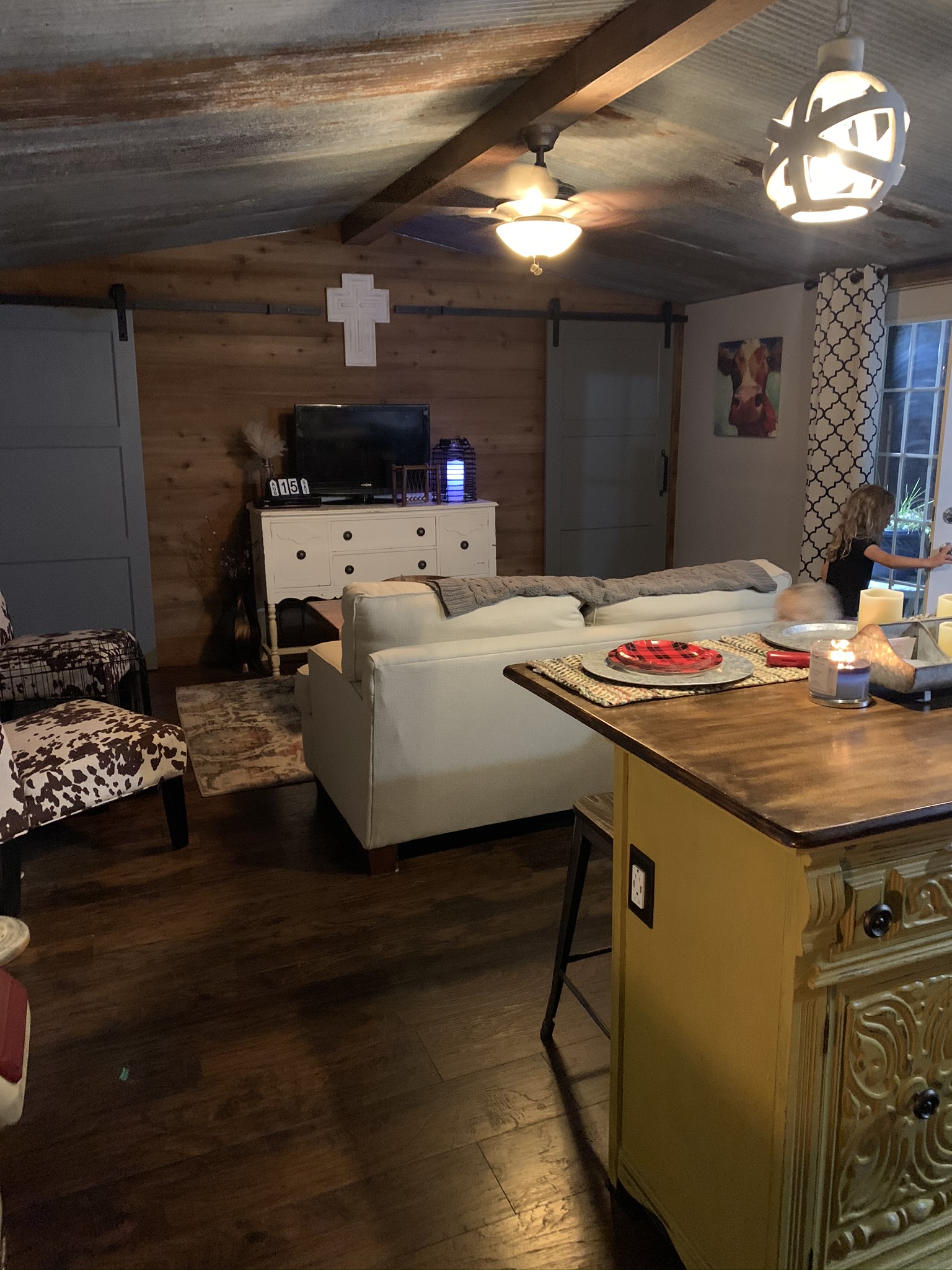 As a single mother, Amanda, who lives in Iowa, knew she needed a fresh start for herself and her three kids. Luckily, a friend posted this 1989 Skyline located in a nearby town and Amanda decided to give it a look. The home had been abandoned in a park for a year and 1/2. It was a 2 bedroom/one bath mobile home and the park owner wanted $8,000 for it. After a title search, Amanda was able to get the home for $7,000 with a lot rent of $205 a month, so she decided to go for it.

Unfortunately, the pictures didn’t show the full extent of the damage to the home. It had holes in the floor of the hallway from water damage, the floor in the second bedroom had water damage from the window being left open, inside the front door floor was bad, and a skylight that had leaked down the wall behind the stove causing damage.

At first glance, Amanda thought she would fix the big problems in the home and refresh it just enough to get the family moved in and then make changes as she went along. However, after seeing how extensive the damage was she decided to go all-in, and boy did she knock this transformation out of the park! Luckily, her boyfriend is a contractor and was able to spend many hours and 2 full weeks off his own job to finish the remodel, saving Amanda $1,000’s.

First up, she added French doors instead of the tiny standard mobile home door. Next, the roof needed the skylight removed and repaired but otherwise was good. They also decided to remove all the cupboards, a glass display cabinet, and the pantry as well as coat closet and island in the kitchen/dining room.

They had no need for a formal dining area, just the island that seats 3. The kitchen sink is also a Craigslist find for $100 and sits in a custom base created from a standard one purchased from Menards.

Next up, the family needed 4 bedrooms; so Amanda decided to use a portion of the sunken in living room to split into two bedrooms, with sliding barn doors, which were found on Craigslist for $100 and they are $400 doors.  Next, they raised the other part of the living room to the rest of the house.

Amanda’s boyfriend had some cedar shiplap leftover from a job site that he used to cover the living room wall. They also put it in the two bedrooms that were added. Next, they added a beam down the middle of the kitchen/living area. Amanda didn’t want to have to scrape the ceilings in that area since it would be so much work. Luckily, her neighbor in Winterset is a junk scraper and gave the couple the steel corrugated that he had at his place which looks amazing on the ceiling, it was a lot more work than they anticipated but they love it.

Related: 10 Most Popular Materials to Replace Your Mobile Home Ceiling.

Love how cool these bedrooms look! Personal touches give each room their own vibe.

In the bathroom, the family knew storage was going to be the biggest concern going from 2,000 square foot house to less than $1,000 and knowing that tubs could potentially be a water issue going forward, they removed the tub, drywalled over 2 windows after sealing them well, and in place of the windows placed a set of drawers that they already had and just painted.

They had originally not planned on demoing the sink and towel closet but found two $40 old sewing machines to repurpose into sink vanities with a vessel sink.  Amanda tells us she is super happy with how they turned out. Also, the bathroom tile was a splurge, but is super unique and looks amazing.

Amanda tells us she did subcontract out, electrical, some plumbing and drywall finishing. Otherwise it was all done by herself and her boyfriend. Next year they plan on extending the deck and adding a pergola, replacing the rest of the windows and re-side the home. Amanda, and especially her daughter, were going for the farmhouse look, with a little eclectic touches that make it unique.

Amanda also answered a few of our interview questions we typically ask during a feature including:

The total cost of the project: $8,000 give or take ( I have all the receipts but don’t want to know the true cost, I think it might be more LOL). Menards getting 11% back as a credit to the store helped the budget a lot.

Biggest challenge: Working alongside someone who does this for a living and not having any experience, it was a true labor of love.

Favorite room in the home: Living room/kitchen, it really is just adorable, comfy and the heart of our home.

We would like to thank Amanda and her family for sharing their 1989 Skyline remodel with us! And keep in mind, if you have a remodeling project we want to hear from you. Comment below or visit our Get Featured Page and you just might be our next featured home.

As always, we thank you for reading Mobile Home Living.

Kim Alley has written several articles for Mobile Home Living and has lived in a manufactured home for over 20 years. 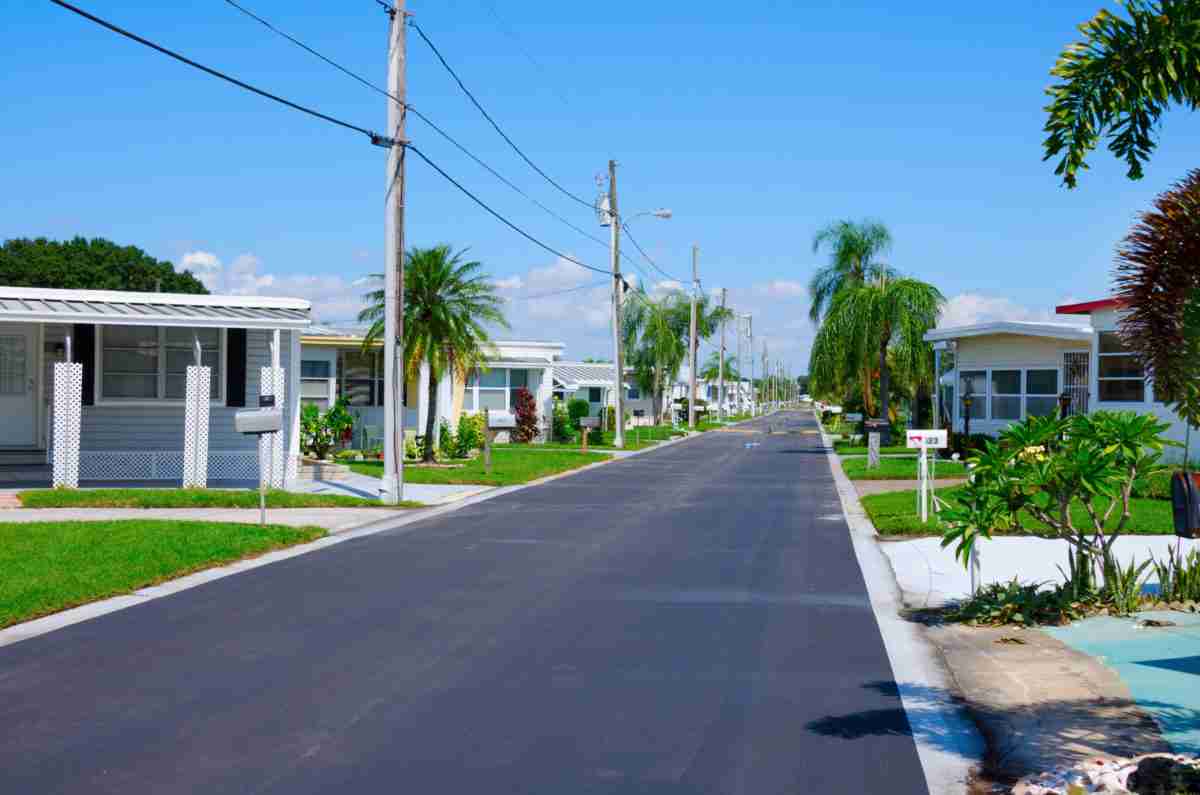 10 Things to Consider When Choosing a Mobile Home Park 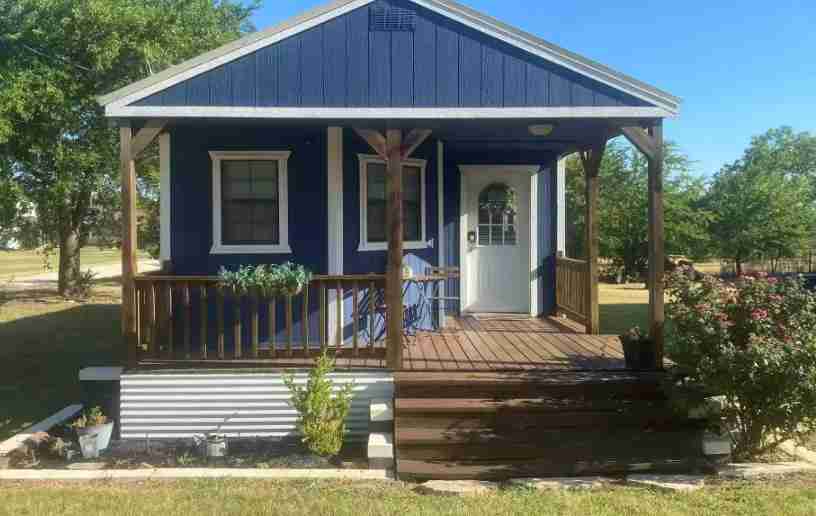 Not found text See all results