If you would have asked me 10 years ago if I thought it was possible for the mobile homes stigma to disappear I would have probably laughed at you and asked if you were serious.

If you ask me that same question today I’d say yes, it is possible for mobile homes to lose their stigma and it’s happening right before our eyes!

The Beginning of the Mobile Home Stigma

Mobile home owners have dealt with stereotypes and stigmas since the beginning.

The American trailer industry was in its infancy in the late 1930’s. Due to WWII, they had to produce thousands of homes for the US government to house migrate workers, a necessity to keep the country going during the war. The industry didn’t have the experience or the materials needed to build the homes properly and thousands of people lived in poorly designed and poorly built trailers for several years. From there, it was an uphill battle to get affordable housing accepted in communities and towns.

You can read more about this opinion in our article titled How the Mobile Home Stigma Began.

Those of us familiar with the homes understand their many great benefits but we’ve always had to deal with the stigma and smile politely whenever we hear the words trailer trash.

Fortunately, the times are changing.

So, Is the Mobile Home Stigma Disappearing?

The other day I was browsing a popular site called Imgur and came across something that made me smile.

Imgur is a popular image sharing site that was developed for Reddit.com. Users submit links to Reddit using Imgur because Reddit only accepts links and text and readers vote on them. Submissions with the most votes are featured on the front pages.

The following image was submitted to Imgur and reached the front page with the title ‘Priorities.’

If I had to guess, the person that submitted it meant it to be a negative connotation because a fancy car is parked in front of a mobile home and that meant the owner had their priorities all wrong. I mean, why would anyone want to live in a mobile home, right?

I expected to see some depressing comments agreeing with the submitter but I was wrong. Very wrong! 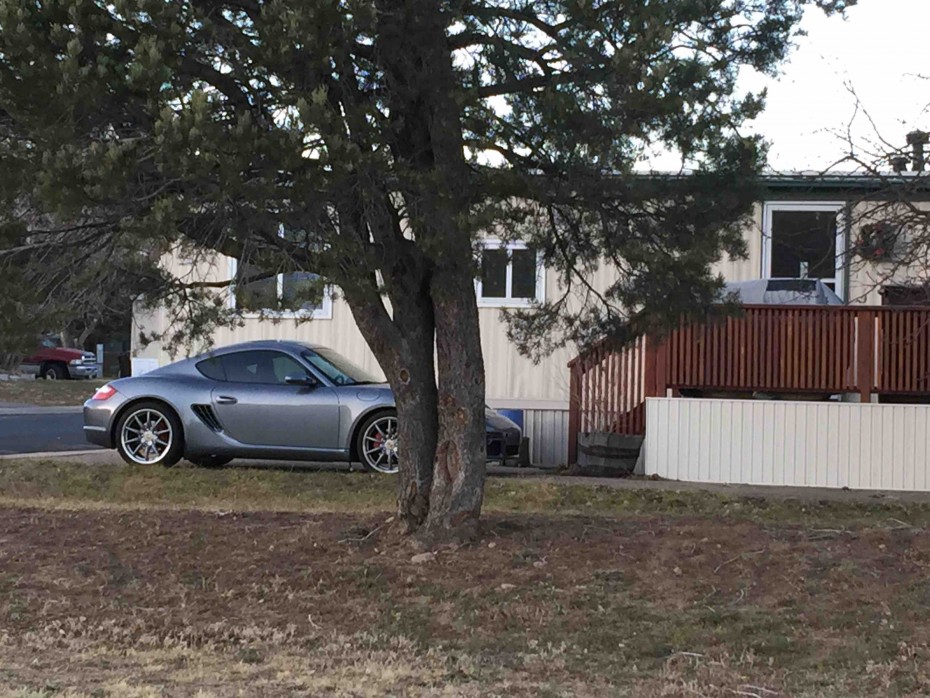 Before I show you the comments, I think its important to tell you about Imgur’s readership. Wikipedia states that the median Reddit user is a male American between the ages of 18-29. Females within the same age range are the second largest usergroup on the site.

The young age is an important factor to consider because here are the top comments for the image shared above (I covered up the not-so-nice language): 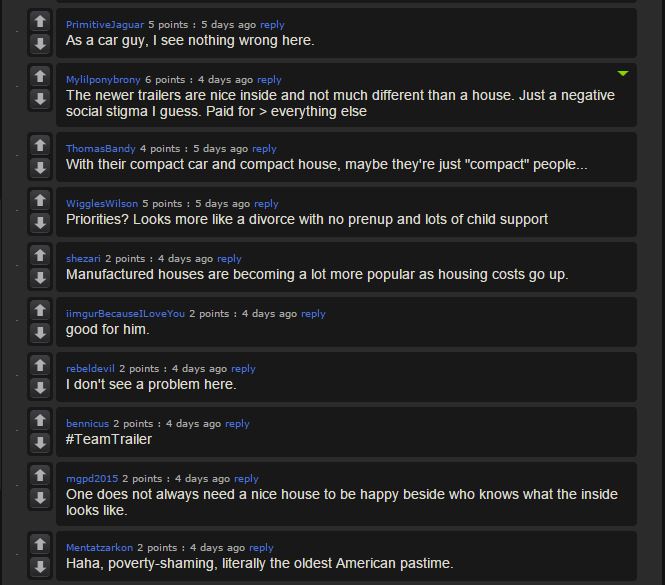 And even more comments: 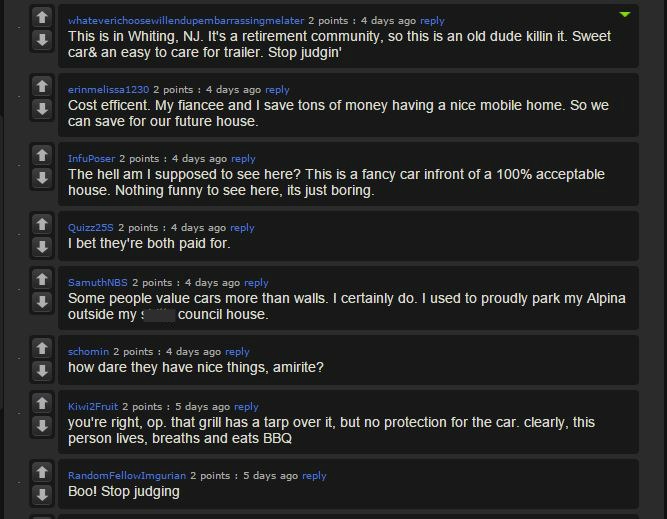 These are young adults standing up against the mobile home stigma!

I don’t think you would have seen anything like this happen 10 years ago. At least, I don’t recall ever seeing anything like this before. I’m used to reading ignorant, biased, unbecoming comments when manufactured homes are mentioned anywhere online.

It’s refreshing to see these people standing up for affordable living and it gives me a lot of hope that perhaps others will realize that living within your means is just as great as living in a site-built home with an outrageous mortgage.

As I was reading these comments, I couldn’t help but smile.

I hope it makes you smile too! 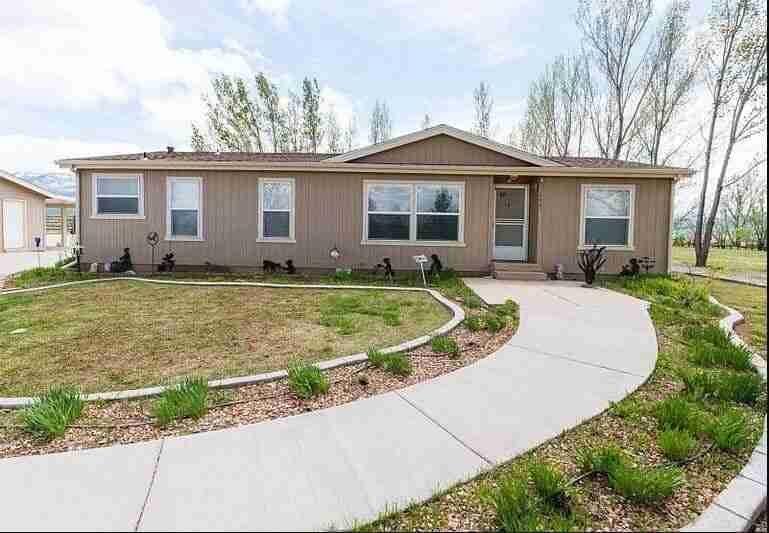 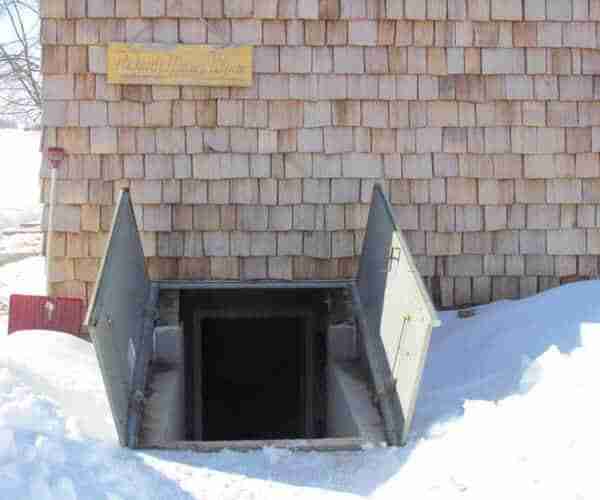 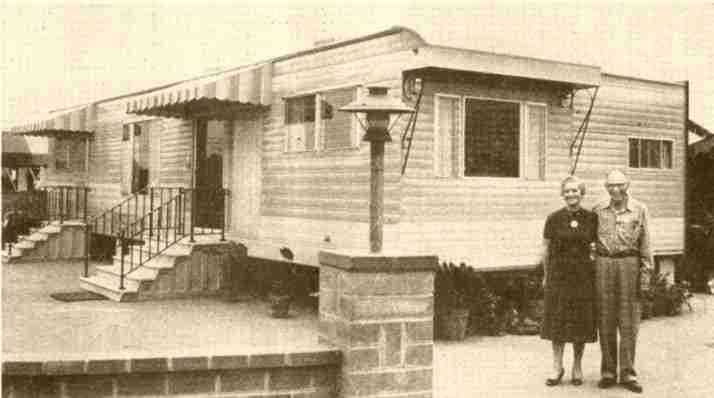 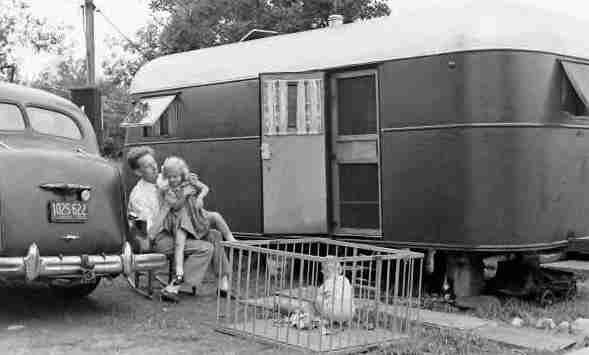 29 thoughts on “Is the Mobile Home Stigma Disappearing?”