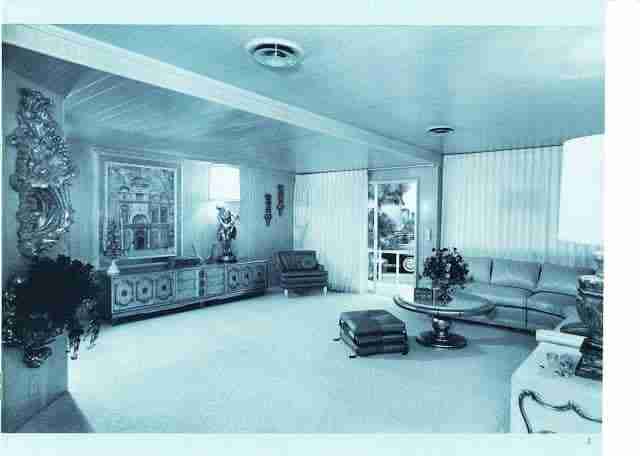 The double wide mobile home was a direct descendant of expandable mobile homes. The manufactured housing industry offered larger, more comfortable, and more luxurious models every year. A constant battle to come up with the latest concept or feature brewed between the builders. Just like a vehicle, people could trade their homes in for the newer model with all the fancy gadgetry so the newest concept meant big profits.

The 1950’s was a great decade for both mobile homes and automobiles. 1955 is even nicknamed ‘The Year of the Automobile’ by economist because one million more cars were sold in that year than the year before. Great engineering feats were made in both industries (except the Edsel but we’ll pretend that never happened).

In an effort to increase living space, the mobile home architects tried the 2 story mobile homes. However, they eventually realized that a 2 story mobile house was not the safest or easiest structure they could produce. It was simply ahead of its time.

Instead of going up they decided to focus in another direction.

Elmer Frey started the transition from 8′ wide home to 10′ wide. One could call him the grandfather of the double wide, especially since just about the entire industry was against him on it. Even the president of Spartan Trailers sent him a ‘not-so-nice’ letter stating his distaste for going wider instead of longer. He, along with many other presidents, thought going wider would be the worst thing to ever happen to the industry!

Within a year, after Frey had gotten many of the state highway departments to offer permits for 10′ wide mobile homes, they were all offering their own 10′ wide models. 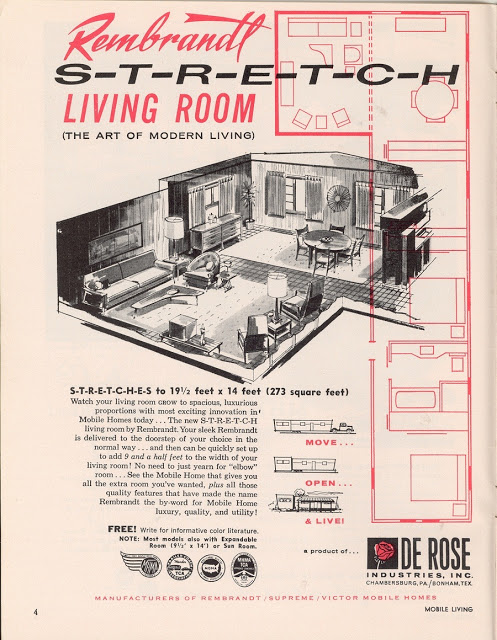 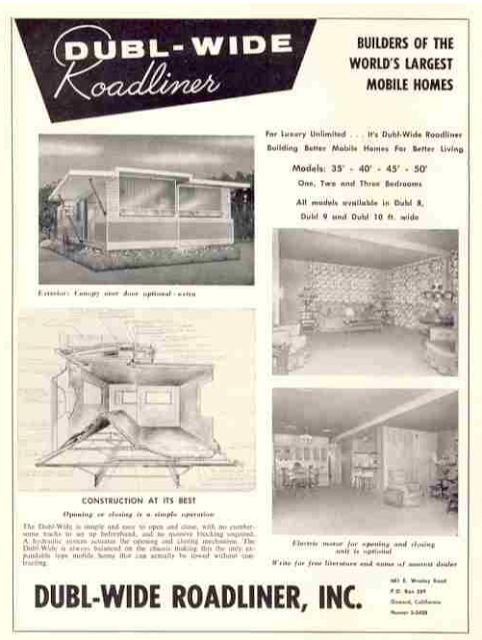 I happen to have an entire brochure about the DUBL-WIDE by Roadliner. Front to back, this pamphlet has always been one of my favorites.

The DUBL-Wide by Roadliner was a top of the line luxury home in the early 1960’s. It was the epitome of style and class. It also happened to be one of the first fully expandable mobile homes. A 9 ft. wide home could be expanded into an 18 ft. wide home.

This home used an electric crank system and could be moved while expanded. Think about that for a minute: an 18 foot wide home that could be moved without damage to the chassis. That’s amazing engineering! 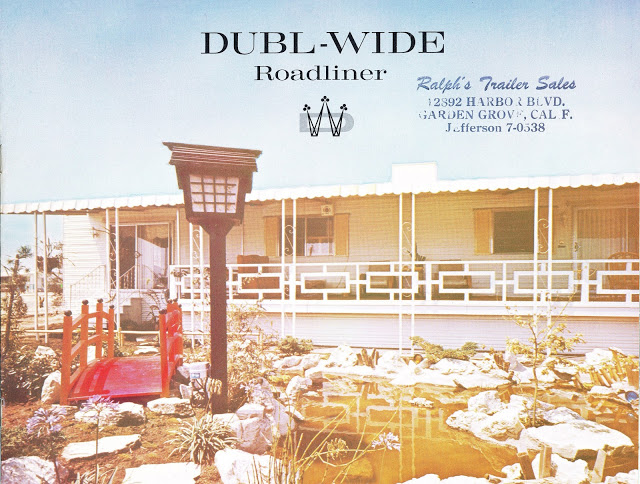 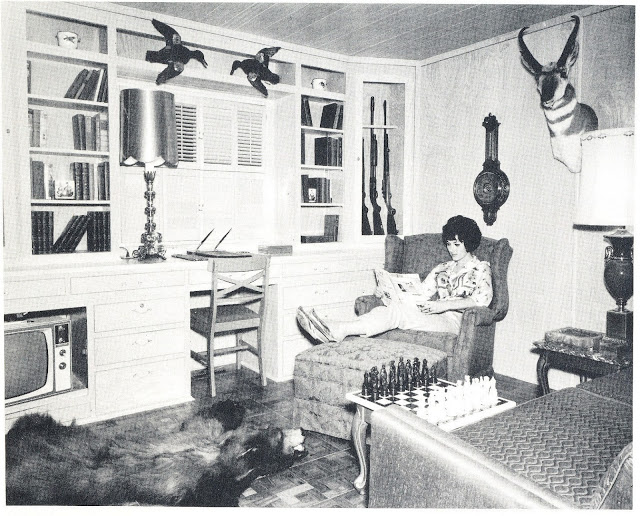 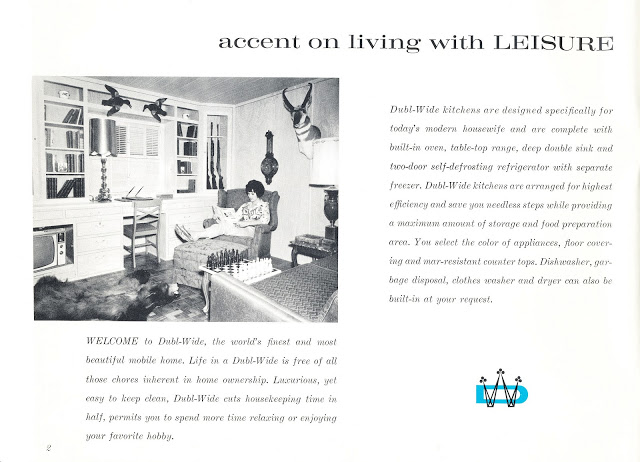 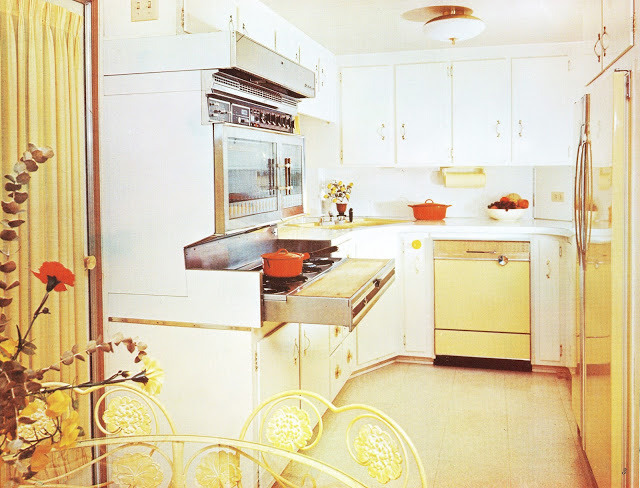 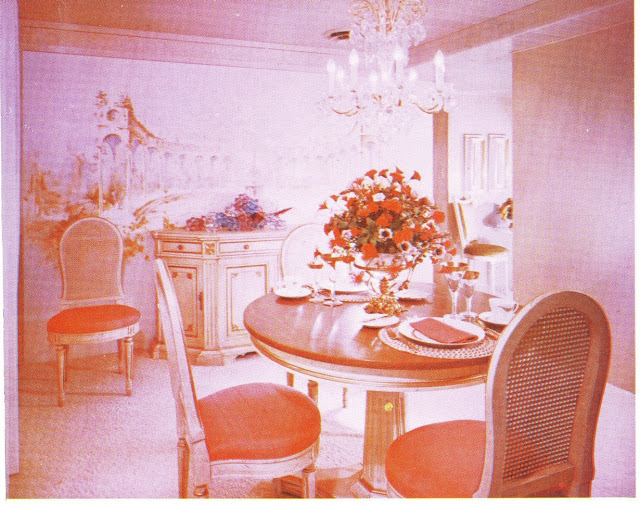 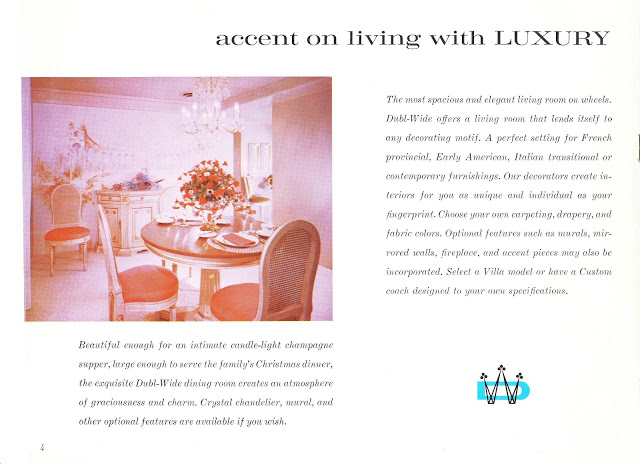 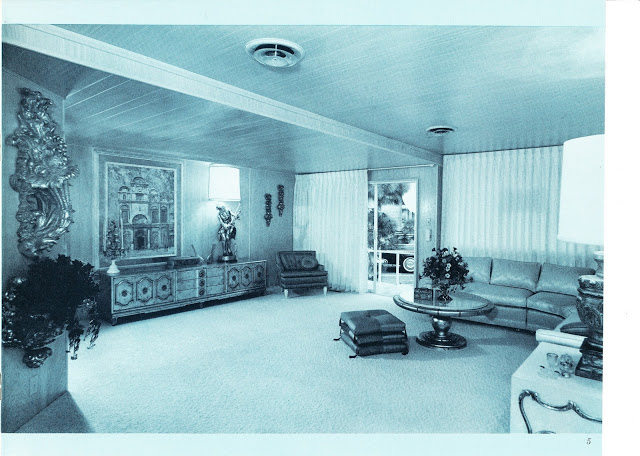 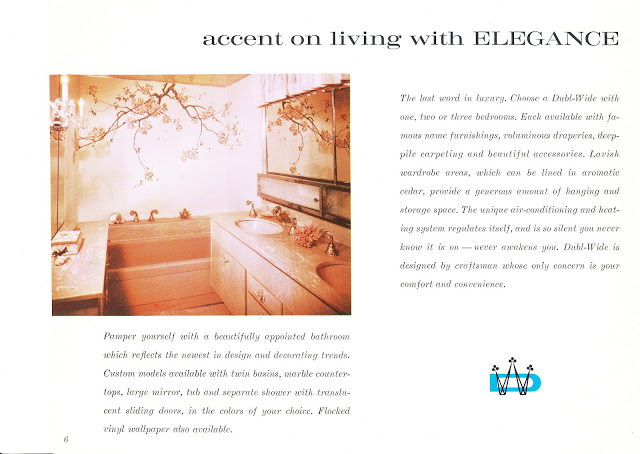 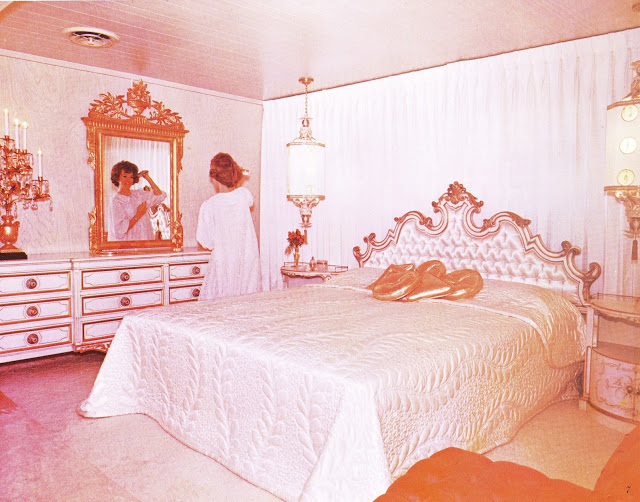 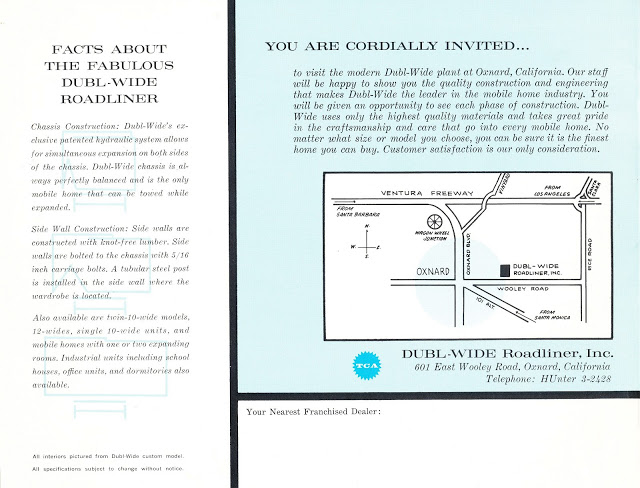 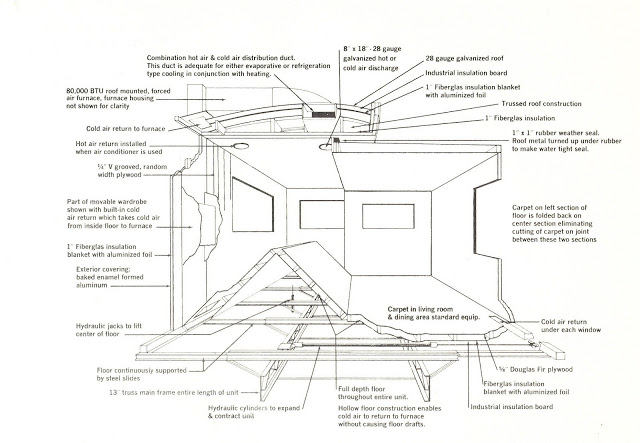 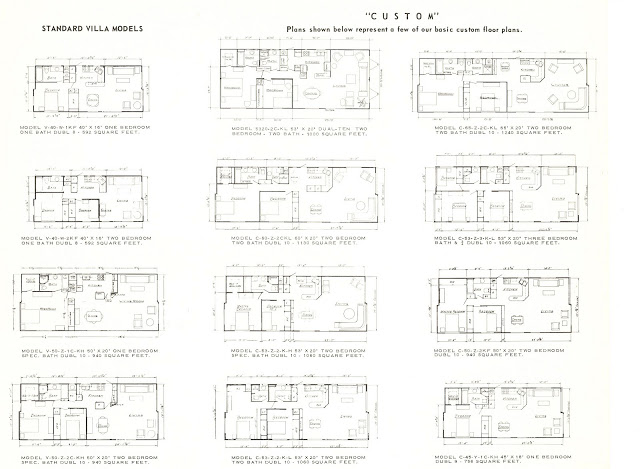 Expandable mobile homes were the first step toward the modern day double wides and triple wides. There were issues with the expandable systems whether hand-cranked or electric. The more parts you have the more chances of something going wrong. In this case, leaks were the biggest problem. The designers needed to simplify the designs to reduce hinges and crevices and moving parts. Eventually, they came up with what we know as the double wide mobile home. By separating and simplifying the original expandable mobile homes into two units and then combining those into a single unit on site they reduced the possibility of leaks.

I find mobile home history to be fascinating. The progression of design fascinates me. They started so small and simple and they just kept going, each year was a better model than the last. It is a perfect example of American ingenuity!