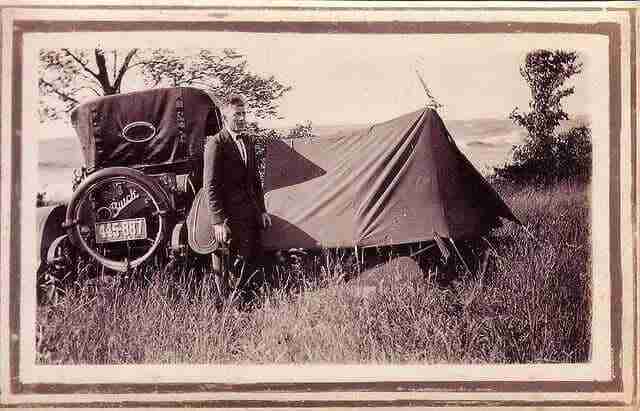 The modern mobile home came immediately after the first automobile was introduced. People had been carrying their homes around with them for centuries in the form of carriages, covered wagons, and vargos so it was only natural that these concepts be modified for automobile travel.

When a history-changing invention like the automobile is made it takes a few years before supporting industries pop up and that was certainly the case for mobile homes. 15 years after the first automobile was produced, they only company that was mass-producing anything resembling a ‘mobile home’ only offered a simple tent-in-a-box. If you wanted more than that, you build it yourself and many did just that.

The tent-in-a-box design was simple.  A small wooden box, typically 2-3 feet in width and length, sat upon a single axle (usually from a salvaged car) and held a canvas tent and camping gear. It was crudely attached to the rear of the car and was cumbersome, to say the least.

Traveling long distances in a short time opened up a whole new world. The only problem was a lack of roadside amenities because it took a few years for that industry to catch on as well. In order to travel comfortably and securely, one had to have a place to sleep and that simple need is how the mobile home, as we know it, began.

Humans love to wander and as soon as the automobile was introduced we took advantage of it. It didn’t take long before there was a new national pastime – auto-camping. This wasn’t just camping, this was camping with class and it was enjoyed by the nation’s most respected leaders – Thomas Edison, Henry Ford, Harvey Firestone, and even President Roosevelt. From 1914 to 1924 Henry Ford toured the country as a way to promote his automobiles and invited famous people along for the ride.

The image below shows Thomas Edison and Harvey Firestone camping in 1925. Henry Ford would sponsor many of these elaborate camping trips. This was not your average camping trips – entire crews were there to take care of every need. 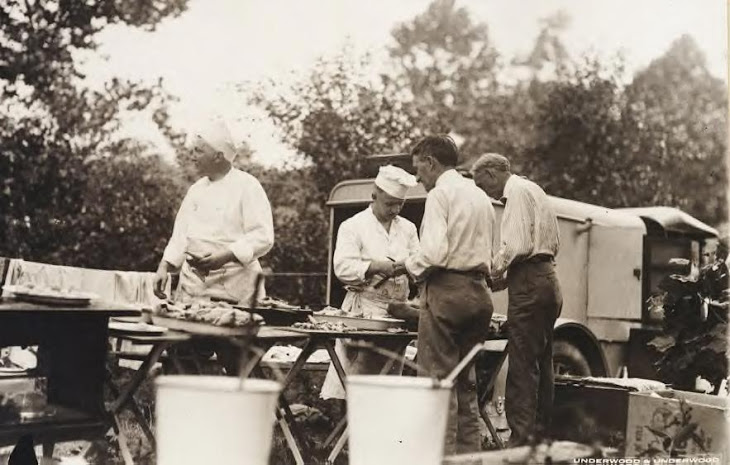 The campground image below was taken in 1928 and shows the wide range of tent designs available at that time. 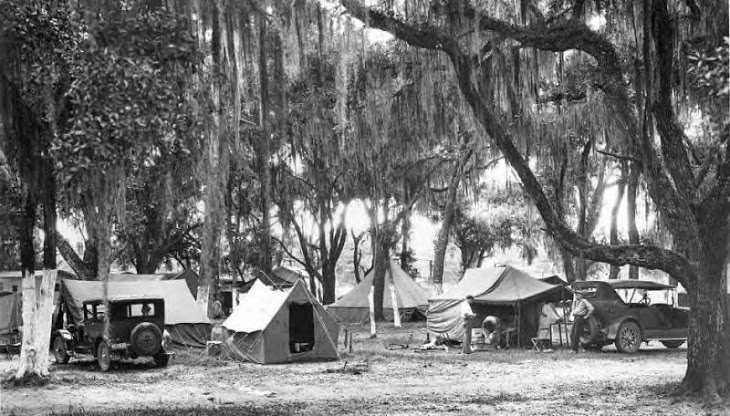 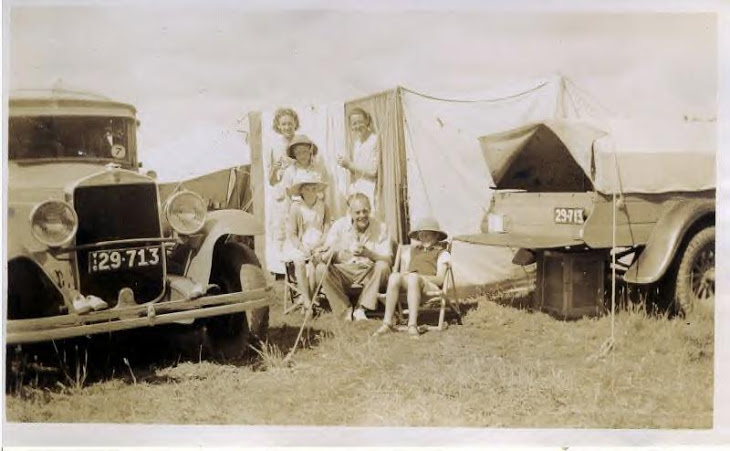 The photos below show a happy auto-camping couple. Tents were placed close to the automobile because of shade and convenience – all the food and water were in the car! 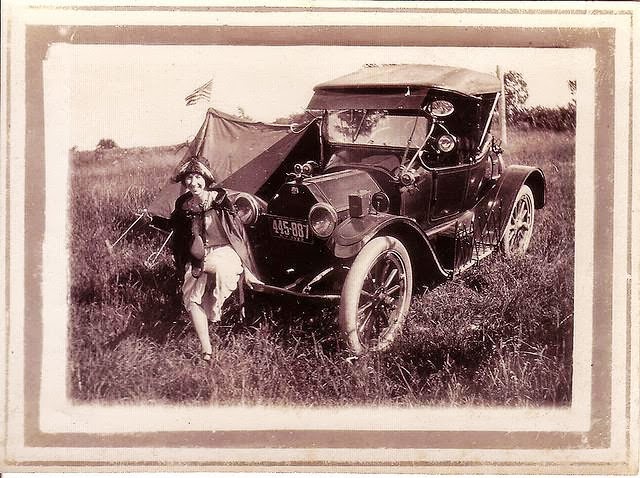 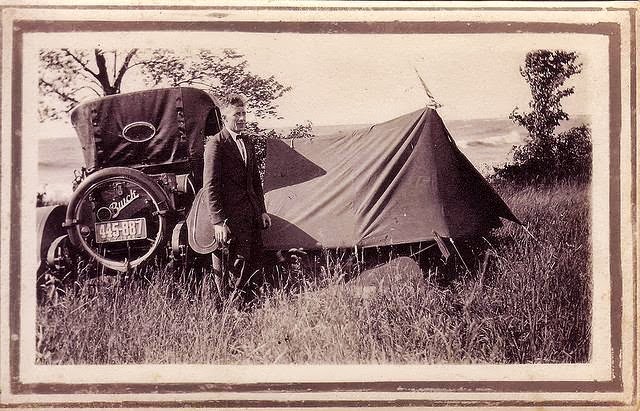 Another popular design for the first mobile home was the attached tent. These canvas clothed structures were designed and built to attach to the side or rear of the car. It was popular because it was affordable, easier to setup, and took up a small amount of precious cargo space. 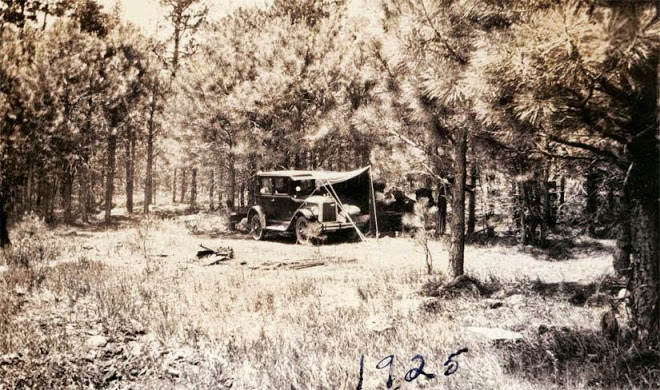 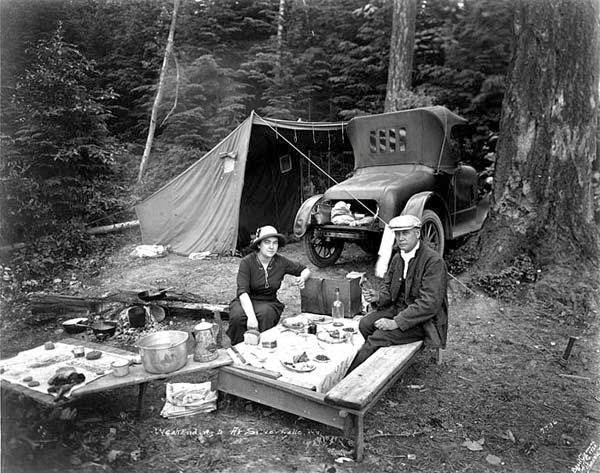 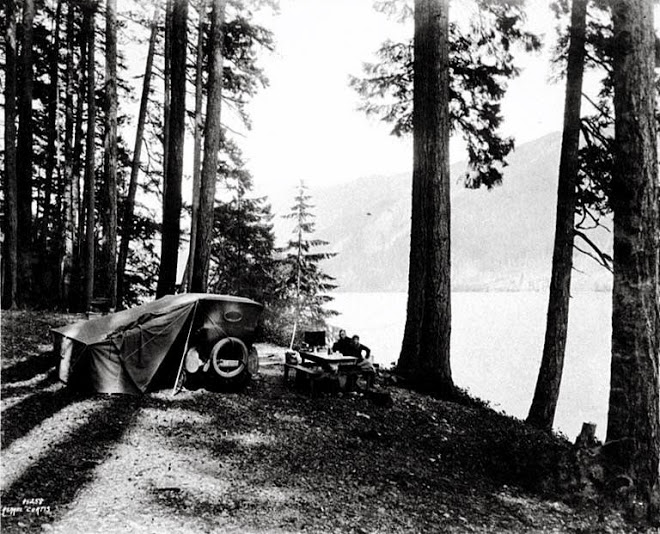 Tent designs were as varied as the grass blades on a campsite.  The day-and-night design pictured below was unique. It was a perfect combination of automobile and mobile home. 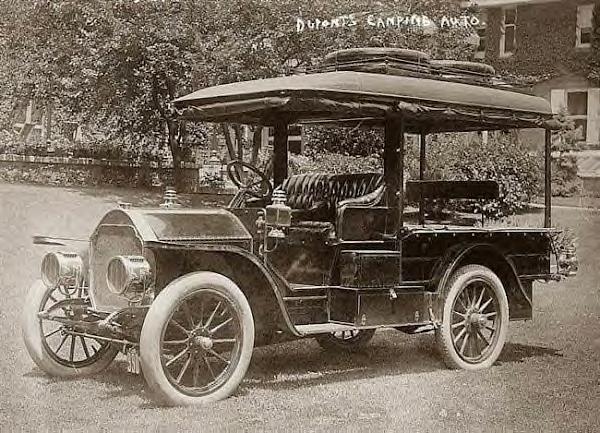 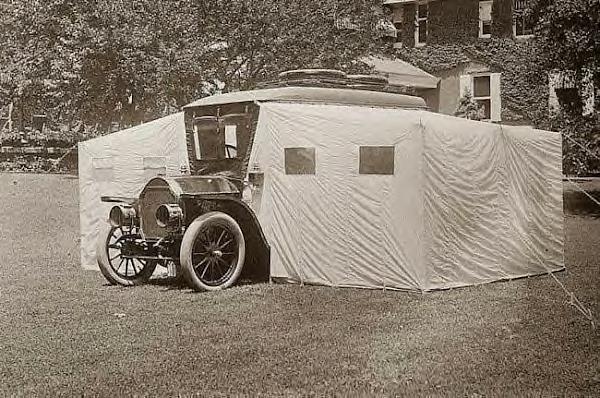 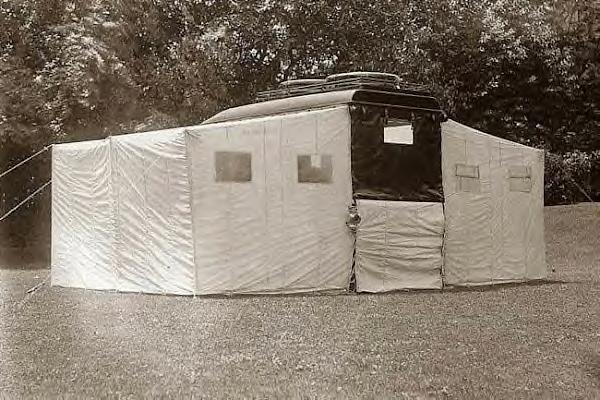 Automobile travel requires a structure that is light-weight and able to withstand high speeds. So, it was natural for canvas cloth to be used.

Mobile home history plays out like a perfect staircase of improvement and innovation. Tents were the first step and the home that you’re sitting in right now is the current step. Lucky for us there are many more steps ahead.

Related: Evolution, The Poem About Trailers