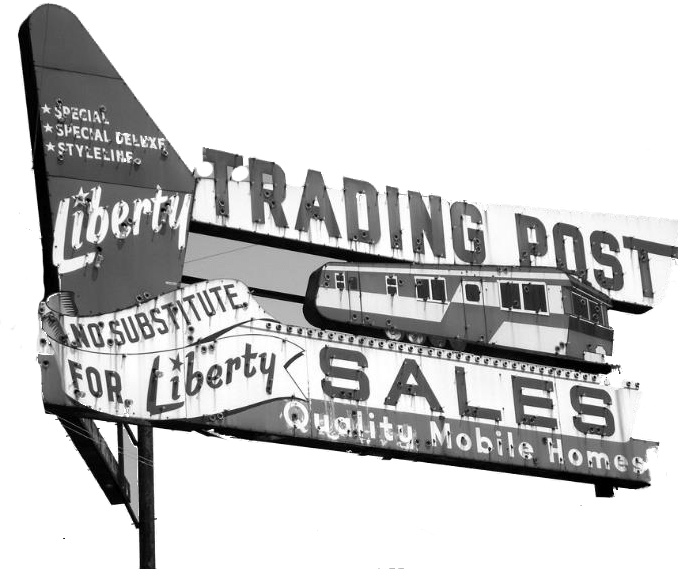 Neon signs and mobile homes have a lot in common. Both began in the early 1900s, both were once symbols of a fun time, both suffered from leaked industry secrets and patent issues, and both were eventually stigmatized as symbols of seedy establishments.

With so much in common, it seems fitting that so many mobile home park signs used neon lights back in the good ole days.

In the last few years, there has been a resurgence in mid-century items like neon mobile home signs. Neon signs are still popular with collectors that take pains to restore the pieces just like vintage mobile home fans restore their trailers. There is even a neon museum that restores signs.

Most of these parks are for vacationers pulling small campers. The signs are attention-grabbing and fun or cute to portray a good time should the traveler choose the park.

The History of Neon Signs

Neon was discovered in London in 1898 by William Ramsey and M. W. Travers. In 1902 George Claude applied an electrical charge to sealed tubes of neon to create a lamp but he didn’t display his invention to the public until 1910. He patented his lamp in the US in 1915.

Neon was expensive to create in its infancy and that still rings true today. Each sign must be handmade one at a time. Neon naturally shines a bright orange-red when it isn’t mixed with other gases which is why you see the color so often in signs. To get blue neon you have to mix it with mercury. For white, you add Co2. For gold, helium is added.

Related: Learn how neon signs are made here.  Read more about the history of neon signs here.

Bringing Neon to the US

It wasn’t until 1923 that neon was used as an outdoor sign in the US. George Claude’s company sold two signs to a Packard car dealership in LA. The signs simply read “Packard.” The cost was an astounding $24,000. (Source: Thoughtco.com)

Neon signs became extremely popular after WWI. The lights were bright beacons of fun and hope.

From that point on, neon was unstoppable. It truly was “the new one,” a symbol of modern industry, commerce, and progress in a world still recovering from the traumas of World War I and the effects of the Great Depression.

From 1923 to the late 1970s neon signs were a staple for many industries that are traffic reliant which, ironically, are now mostly considered seedy. Casinos, diners, small motels, and even our beloved trailer parks that catered to short term tenants like vacationers and transients used bold neon signs to beacon tired trailer towers.

As mentioned earlier, the neon and mobile home industry have a lot in common.

Just like the mobile home industry during the golden age of the 1930s-1950s, the inventor’s company crumbled due to patent issues and leaked trade secrets.

Making the most of his new invention, Claude formed another company, Claude Neon, to sell franchises for neon signage. Despite a high price tag—$100,000 plus royalties—dozens of franchises opened around the world, especially in major American cities. Neon was on its way to becoming a household name. Though the earliest neon signs were relatively simple—the range of colors and animation would come later—business owners competed with each other to trace their signatures on buildings and rooftops. Claude’s signage monopoly lasted through the 1920s, eventually crumbling as his patents expired and former employees leaked his trade secrets.

The remaining mobile home signs didn’t use neon but they are pretty cool anyway.

Unfortunately, in the 1990s neon signs beaconing tired travelers toward the welcoming mobile home park became symbols of seedy dysfunction. Only in the last few years have they had a resurgence in popularity.

We should appreciate these signs as part of mobile home history. They take us back to a more simple time when you could play like Lucy and Desi in The Long, Long Trailer and pull your trailer behind you going from park to park and see the beautiful world. 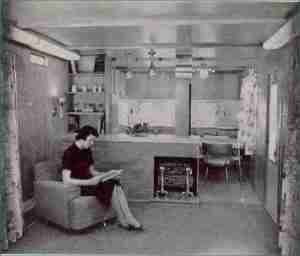 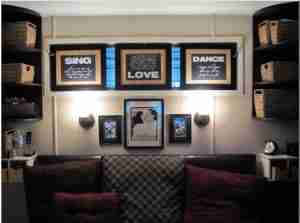 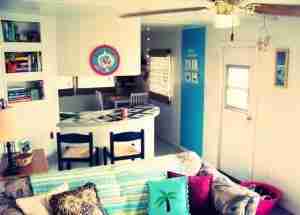 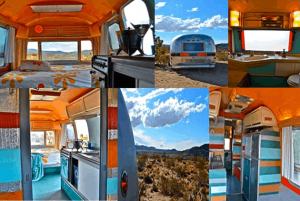 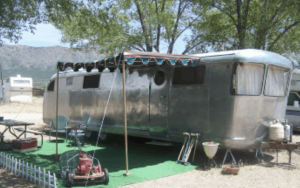 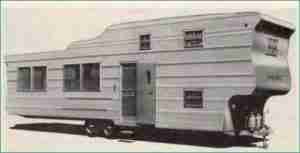