I don’t know what it is about vintage mobile homes that appeal to me so much. Maybe it’s the important role that mobile homes have played in our country  – providing housing to millions of families that otherwise wouldn’t have had a home at all. Maybe it’s their fall from grace. Mobile homes were once well- respected and those that lived in a mobile home were considered the ultimate American patriots during WWII. Nowadays, mobile homeowners are stigmatized.

Perhaps it’s the wonderful business lessons that the industry has taught us – to change when you need to but not so much that you lose yourself and always treat the customer right.

It wouldn’t matter what subject you wanted to study in detail.  Whether it be history, psychology, sociology, or business – mobile and manufactured homes covers them all!

I chose 1953 because it was such a pivotal point in mobile homes.

The worst of the postwar housing crisis had passed and the use of trailers as stopgap housing had diminished, yet industry sales continued to grow. Between 1954 and 1955 the number of units manufactured increased by more than two-thirds, the new growth apparently owing to people seeking affordable starter housing. (Wheel Estate, 1997)

Facts About Mobile Homes in 1953

The following photo shows a page from an early spring issue of a 1953 mobile home magazine. It states the following facts:

Below is a list from the 1953 Mobile Home Yearbook that shows basic construction standards endorsed by the Trailer Coach Manufacturers Association(TCMA):

Below is an ad in the yearbook for a 1953 Glider Mobile Home:

The TenWide by Marshfield Homes – A New Era Begins

1953 was the year of the TenWide (or TenWyde) by Marshfield Homes. Trailers and mobile homes were stuck at 8′ wide because the national highway authority wouldn’t allow anything wider to be transported on the roads, it was a way for them to legally discriminate against the ‘Gypsy’s’ of the road.

Floor plans on homes 8′ wide or less required owners to walk through one room to get to the next. This made for little privacy, but with the introduction of the 10′ wide a hallway could be utilized. Elmer Frey, as president of Marshfield Homes, went to work to get the 10′ wide home legalized for transport. The ‘wide load’ classification is still in use today, but now the homes can be 18′ wide!

Buyers had so many wonderful new designs to choose from! Budger’s Expando home was introduced. The first model measured 24’x7’6″ and when you got the home to the site, you folded down 3 sides and lifted the roof up which doubled the homes living space. It was an engineering feat that made the folding box homes of the era seem like a cardboard box (and they were closed because they leaked terribly). The industry was showing the world what it could do, and it could do so much!

Here is the 27′ Budger Expando Home:

The 1953 Pontiac Chief, a gorgeous home that had several different floor plans you could choose from:

The Glider’s new CaraCoach, called the Albatross had a lavatory, builtin cabinets, and a closet in the bathroom.

Here’s an advertisement for a 1953 Glider.

Below is a page out of the Mobile Home Living magazine’s December 1953 issue. It shows the models available for 1954, another great year for mobile homes.

Can’t get enough of Vintage Mobile Homes? Check these other amazing models we have on Mobile Home Living: 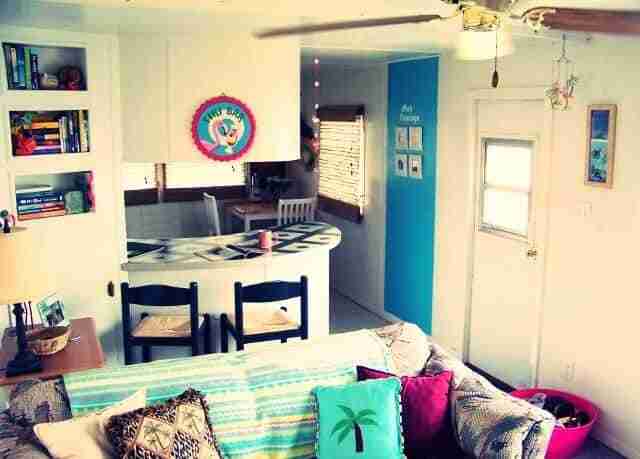 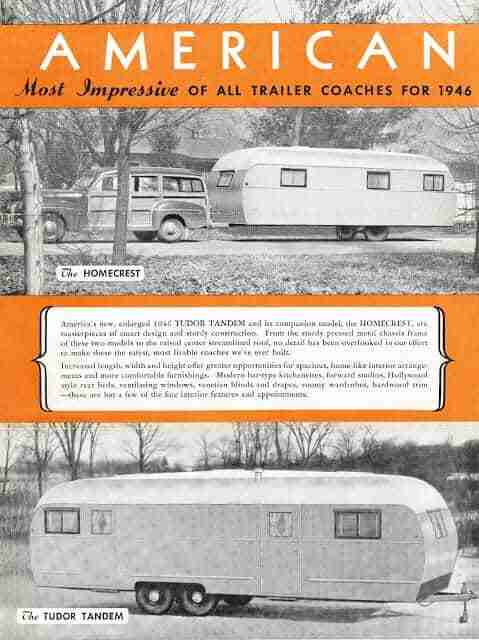 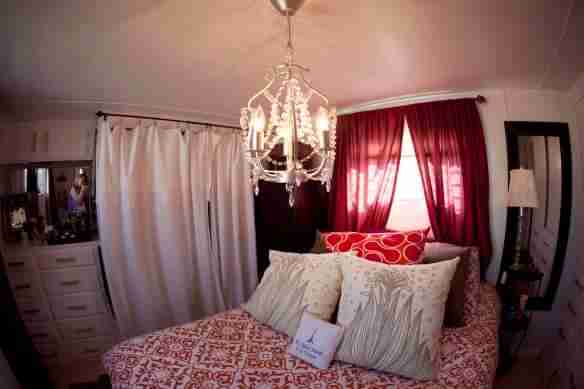 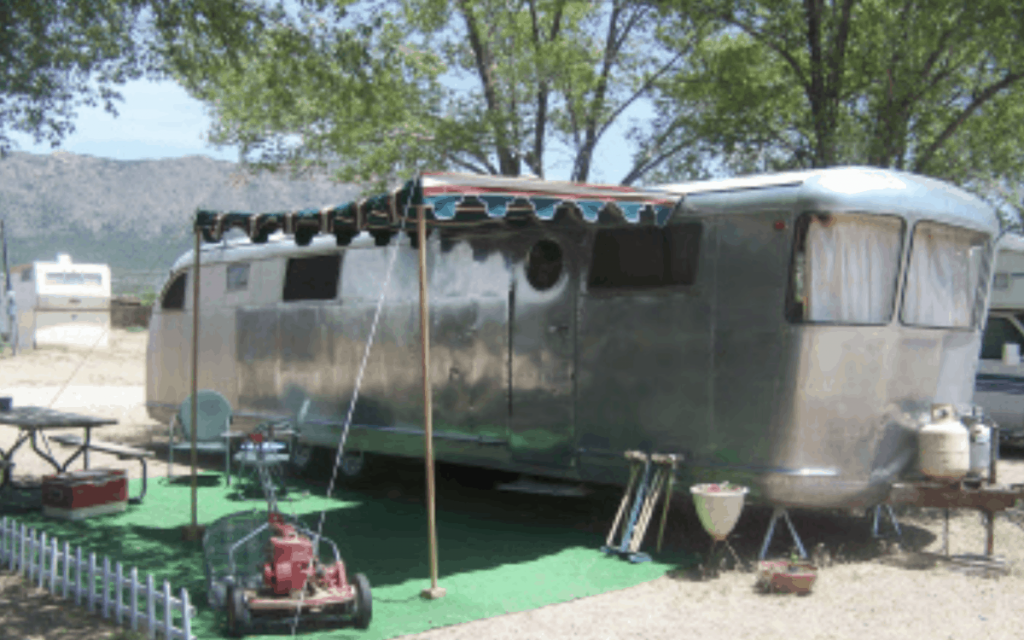