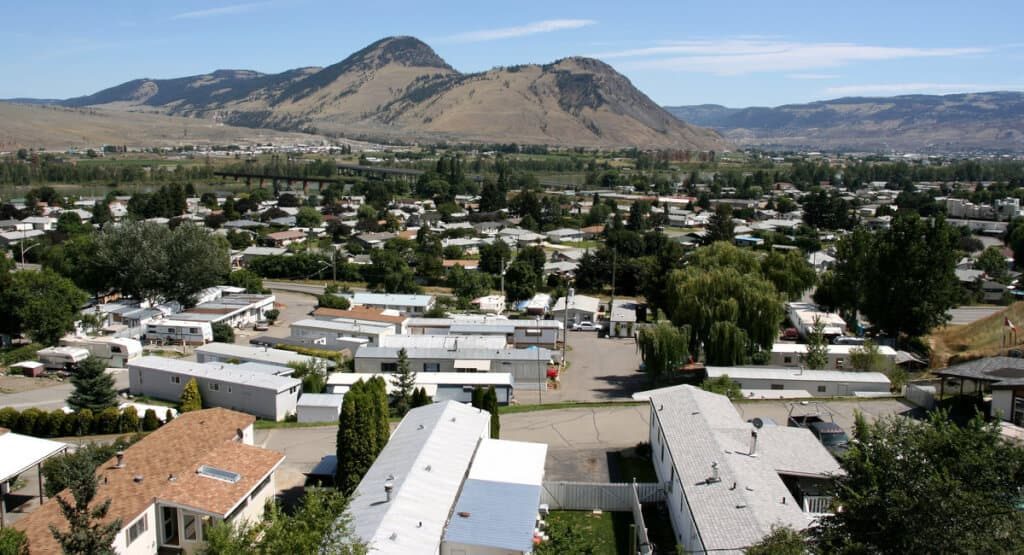 Mobile homes have had it tough, they are judged, misunderstood, stereotyped, labelled negatively and lied about constantly. The mobile home stereotype seems to be the most prominent. When someone uses the words ‘trailer trash’ they are essentially judging 18 million people based on the actions and lives of only a few.

Most of these lies surrounding mobile homes and manufactured homes aren’t just simple misunderstandings, they are outright lies. Whether the people that continue to spread these lies are doing so intentionally is unknown.

Unfortunately, the professionals that are supposed to find the truth are the very ones that spread mobile home stereotypes and lies the most –  the journalists. Although journalist are supposed to let truth prevail, though more often than not, the exact opposite happens.

Take for instance, the weatherman that stood in front of a camera and stated that the tornado they were expecting would most likely take a left at a particular point in his community because there was a trailer park just down the road.

To even think such a thing is silly but he certainly had no problem making the statement to his entire viewing audience.

Other journalists just can’t stop writing about mobile homes. Articles about fires, murders and crime that have occurred in a mobile home are all over the internet and in print. I’ve discussed this issue in-depth in an editorial called Journalists are Biased, where I express my opinion on these so-called professionals. In short, it’s not a good opinion, although I understand that sensationalism sells and especially so when it happens to the middle and lower class. Still, if you must constantly write about fires and crime that occur in a mobile home you should make an effort to write about the same events happening in a stick-build home.

It is unacceptable for a trained journalist to continue to spread mobile home stereotypes and lies. Google Search is but a push button or screen touch away, and if you are to neglectful to do a thorough research on your chosen topic, then you probably should have picked another field to work in. There are many sites that allow journalists to research their vast inventory, some are even free so there’s no excuse.

Snopes.com happens to a free reference site where you can find information about urban legends, myths and rumors. They do a fine job of getting to the very bottom of the myths and lies and sharing the truth.

However, they are occasional tricksters.

A quick synopsis of the article is that the word “mobile” in mobile homes is not based on the fact that they are moveable.

According to this article, they were called mobile homes because a hardworking couple from Prichard, AL whose names were James and Laura Sweet, invented the idea of a type of house that could be put together quickly and cheaply at a central location and light enough to be moved anywhere the purchaser wanted to put it.

Mr. Sweet had read a newspaper article about the need for housing since the end of World War II was over and all the servicemen were coming home. He went to his commercial illustrating wife with his new idea and she drew up the plans of a mobile home that had electricity and plumbing as well as separate rooms instead of the layouts of that required you to walk through a small bedroom to get to the bathroom .

Mind you this would have HAD to be after September 2, 1945 when World War II finally ended.

They supposedly took all their life savings, mortgaged their home and borrowed against their life insurance policies to start the first true mobile home manufacturing company called Sweet Homes that was very close to Mobile, Alabama, hence the mobile in mobile homes.

It also says that the song “Sweet Home Alabama” by Lynard Skynard is a knock off of Sweet Home’s commercial jig.

Here’s a couple of those ads:

If you go to the very bottom of the Goin’ Mobile page and click on the “More Information About This Page” link (the little box beside the words is the link, not the words) it tells you plainly that you should never rely on one authority for all your information. It is plainly listed under the “False Authority” tag. Apparently, there are several stories they have made up. Perhaps it was a test to see just how gullible internet readers are and to see if they could get the false claims out there.

Always, always do your research. Whether buying, remodeling, moving or selling a mobile home. It is always in your best interest to research. As far as journalists that refuse to educate themselves about mobile and manufactured homes, I beg of you to step up your game. Journalism is supposed to be about finding truth, not spreading lies.

As always, thank you so much for reading Mobile Home Living.

5 thoughts on “Mobile Home Stereotypes: Don’t Believe Everything You Read About Mobile Homes”