Jason and Lauren Wellbaum are living a life that many have only dreamed about. They have a beautiful country chic mobile home that’s paid off sitting on 20 acres with a barn and a few barnyard friends to go with it. They are living a simple life that a lot of us can only dream about.

The most remarkable thing about the Wellbaums is that they’ve managed to accomplish this cozy simple living well before 40. Usually, younger couples are busy trying to keep up with the Jones but Jason and Lauren have done the exact opposite. After seeing their country chic mobile home you’ll agree that they’re living their best simple life in style.

Of course, easy living isn’t always easy to get. A few hard decisions had to be made to get this simple life in Honey Hollow.

Jason and Lauren purchased 20 acres of rugged woodlands in Central Illinois shortly after they were married. The property held a few outbuildings and a one-room cabin that they lived in for the first four years of their marriage. It was tough living in the 500 square foot rustic cabin but they were saving a ton of money and planned to either remodel the cabin or build a new home altogether. Two years after moving in they welcomed their first child and suddenly 500 square feet got a lot smaller.

The original plan was to renovate and remodel the structure into an authentic country cabin that was big enough to house a growing family. After a few quotes, they realized expanding the cabin wasn’t realistic. They started looking into other housing choices for their property and ultimately decided on a 1985 model single wide with 2 bedrooms and one bath.

It took six months to find the right home at the right price. Jason and Lauren purchased a 1985 Fairmont single wide in good condition (and with an end kitchen!) for $2500. Another $2500 got it transported and set up in the perfect spot on their land.

They bought it thinking they would just fix the subfloor and put in new flooring and paint but they ended up gutting it, rewiring parts of it, and totally renovating the interior.

Ultimately, it took three years to complete the mobile home remodel. Halfway through renovating the Wellbaums found out they were expecting their second child so they took a break from remodeling for a bit.

While their country chic mobile home is only 980 square feet Lauren says it feels so much bigger.

You can see the single wide was gutted down to the studs and new drywall and a cool tin ceiling was installed.

Lauren told me the used tin was found at a very affordable rate and she couldn’t help but think it was a perfect material to replace mobile home ceilings. I agree 100%!

Our countertops! We found rainbow poplar project slabs meant for crafting or making small shelves at Menards. I fell in love with the colors and scoured Pinterest for tutorials on DIY countertops. Jason worked so many hours on those counters and was terrified they wouldn’t turn out but they are perfect! We have around 150 dollars in them, we used a gift card we got for Christmas!

What was your biggest challenge while renovating?

We had a lot of challenges. We had difficulty finding and keeping an electrician in our area. My husband redid the water lines and reinsulated under the mobile home which was a HUGE undertaking. The metal ceilings were tricky to put up. And the flooring was terribly hard to put together.

Do you have a favorite room in the home?

Probably the main living area. I love my kitchen. I’ve always dreamed of having a copper sink. I love my fireplace. I have the rocking chair I’ve always wanted (and gave it a makeover for only $5).

Do you know what the total cost of your renovation is?

$5000 for the mobile home and the transport costs
$2500 for a new roof
The rest we aren’t calculating it all up because it will probably give my husband a stroke but probably around 15 grand. Some things were gifts such as my sink and the appliances.

It’s apparent the smart couple has put a lot of love and time into their home. I’m not sure which is more commendable – the fact they followed their own path without caring what anyone thought or the fact that they have such a beautiful home at such an affordable price.

To have a beautiful home that is paid for on 20 acres at such a young age really says a lot about this couple.

When I asked Lauren if she had any other information she’d like to share she said no but went on to say, “We are just thankful to have a home we are comfortable and happy in. It’s all about perspective.” I think that says it all.

The sink was gifted to Lauren but Jason made the countertop using wood found at Menards. 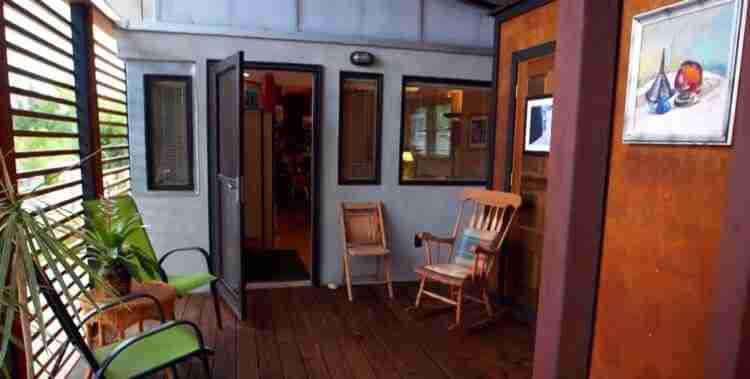 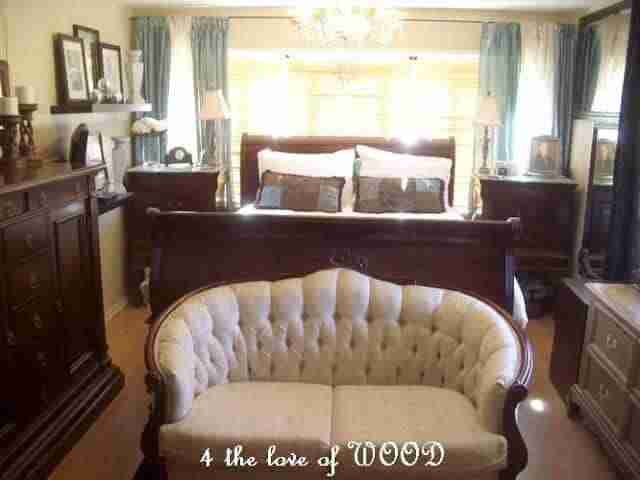 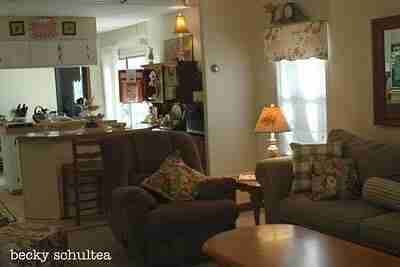 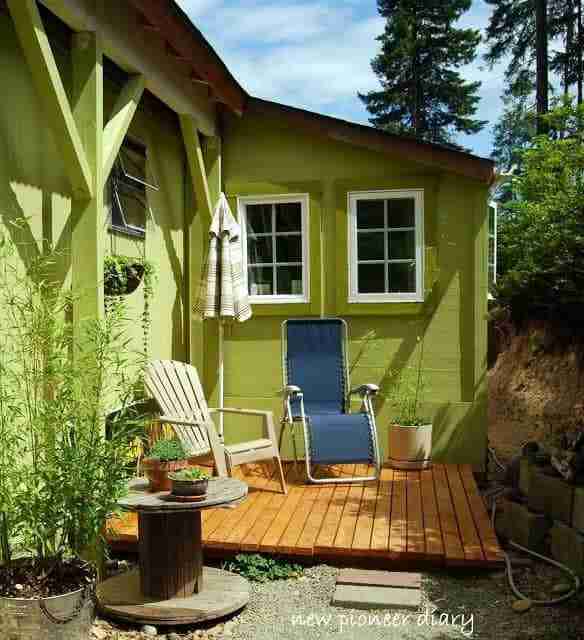 3 thoughts on “Simple Living in a Country Chic Mobile Home”